England coach Andy Flower said Friday that Andrew Strauss was a "great man" and deserved to be remembered as one of his country's best captains. 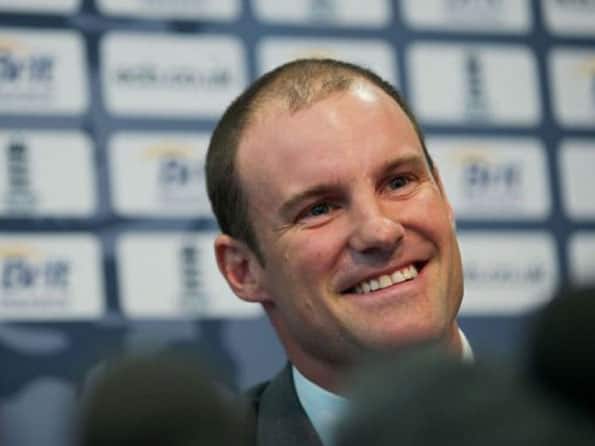 England coach Andy Flower said Friday that Andrew Strauss was a “great man” and deserved to be remembered as one of his country’s best captains.

Flower, speaking publicly for the first time since Test skipper Strauss announced his retirement from all cricket on Wednesday, told Sky Sports: “He’s a great man.

“Very simply he’s a great bloke, a very strong man with a good sense of what is happening around him and an understanding and empathy of other people which is a great quality.

“He was a kind person and often saw things from other people’s perspective which is important in a leader and earned him a lot of close friendships in the changing room.”

Flower and Strauss were thrown together as a duo after Kevin Pietersen’s resignation as England captain in January 2009 also led to the sacking of then coach Peter Moores.

But the partnership between the former Zimbabwe batsman and the Middlesex left-handed opener presided over one of England’s most successful periods, with the team winning home and away Ashes series under the ‘Andocracy’ as well as rising to number one in the world Test rankings.

“He should be remembered as one of the great England captains,” Flower said of Strauss. “He has made other people better players and helped them grow as people, he has brought people together and people have been keen to follow him.

“In the main it’s been a very successful partnership and one I’ll treasure.”

The 35-year-old Strauss, who made his Test debut in 2004, insisted Wednesday he was retiring because of declining form with the bat and the team’s recent poor results rather than as a result of the fall-out from Pietersen’s ongoing international exile for sending “provocative” texts to South African players, some of which are alleged to be critical of his successor.

England’s recent 2-0 series defeat by South Africa, in which Strauss averaged only just over 17, saw them lose their number one status to the Proteas but Flower said he’d been surprised when Strauss told him he’d been considering standing down for some time.

“I definitely didn’t see any lack of motivation. I’m surprised he said he’s been thinking about it for that long.

“But he’s 35 years old and is very aware of himself. He has decided the time is right and he’s a pretty accurate judge of most things.

Strauss’s 27-year-old opening partner Alastair Cook, already the one-day captain, has succeeded him as Test skipper and is someone Flower knows well from their time together as team-mates at county side Essex.

“I will miss his (Strauss’s) friendship but we need to move on,” Flower said. “Alastair Cook is taking over. I know him pretty well from his early days at Essex and we need to forge a strong partnership.

“Alastair is a good young man. He’s done a lot of growing up and he’s a mature young man.

“He is without doubt a strong enough man to take on the challenge.” (AFP)