Mathews hit a boundary and a six off Pakistan pacer Mohammad Talha to achieve the feat.

Sri Lanka captain Angelo Mathews brought up his 18th half-century in Test cricket during the first match against Pakistan at Galle. Mathews hit a boundary and a six off Pakistan pacer Mohammad Talha to achieve the feat during the fourth day’s play.

Earlier at lunch, Kumar Sangakkara and Angelo Mathews‘s unbeaten 81-run stand for the fourth wicket against Pakistan helped Sri Lanka reach 338 for three at lunch on the fourth day of the opening Test at Galle. Sri Lanka are still 113 runs behind in the 1st Test, which looks heading for a draw. 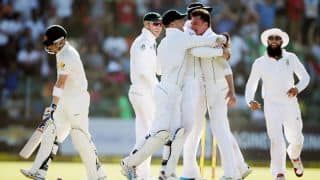 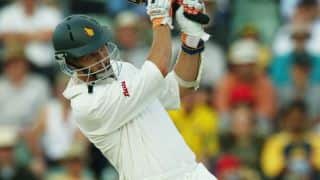