Angelo Mathews said returning to the scene of one his greatest successes would have little bearing come first Test against England at Headingley.

Leeds: Sri Lanka captain Angelo Mathews said returning to the scene of one his greatest successes would have little bearing come Thursday’s first Test against England at Headingley. Two years ago at Yorkshire’s headquarters ground, Mathews made his Test-best score of 160 as Sri Lanka beat England by 100 runs. Victory, achieved off the penultimate ball of the match, also sealed Sri Lanka’s first Test series win in England after they had clung on for a draw at Lord’s in the first of a two-match campaign. Thursday’s match will be the start of a three-Test series and Mathews, speaking at Headingley on Wednesday, said: “It’s certainly an inspiration, but it’s history for us. Full Cricket Scorecard: England vs Sri Lanka 2016, 1st Test at Headingley

“We will cherish it for the rest of our lives, but we have to move on … and look forward to the challenge starting tomorrow,” added Mathews, whose eighth-wicket stand of 149 with Rangana Herath in Sri Lanka’s second innings at Headingley in 2014 helped turn the match the tourists’ way. But with cold and damp weather forecast for this week’s series opener, Mathews said: “We’ll have to play our best cricket over the next five days to beat England, because we know they are a very competitive team. Alastair Cook: Nothing to fear from introduction of points system

“Especially in this kind of weather, playing against England in England, it’s a very tough ask.” Sri Lanka will be without retired batting greats Kumar Sangakkara and Mahela Jayawardene, who between them amassed over 24,000 Test runs. “We don’t have the two legends now — we’ve got to move on,” Mathews said. “But they’ve shared their experience, and it’s just a matter of our guys getting used to the conditions — they’ve got the skill, they’ve got the talent. Alastair Cook all set to complete 10,000 runs landmark in Test cricket

“The ball will tend to swing and seam quite a lot, but don’t get intimidated by the conditions — watch the ball and hit it.” He added: “Experience counts. You have to win those little moments in a Test match. (But) we’ve got a fearless set of players who are willing to take the English on.” Sri Lanka paceman Dhammika Prasad, whose five second-innings wickets at Headingley two years ago played a key role in their victory, has been ruled out of the upcoming Test following a shoulder injury sustained in last week’s warm-up match against Essex. “That is a setback for us,” said Mathews. “He’s our premier fast bowler, and performed really well against England here. It’s going to be a big loss. We hope he can be ready for the second Test.” 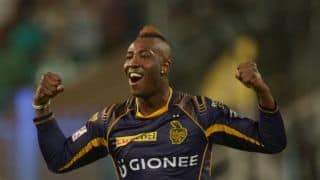 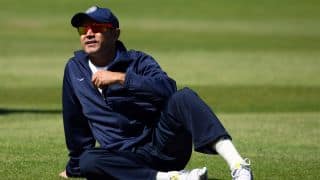