Angelo Mathews has called on his batsmen to give his bowlers `a fair chance` to perform in the upcoming tour of South Africa by getting runs in tough conditions.

Colombo: Sri Lanka skipper Angelo Mathews, who has returned to the national side after recovering from a leg injury, has called on his batsmen to give his bowlers `a fair chance` to perform in the upcoming tour of South Africa by getting runs in tough conditions. Sri Lanka’s batting was boosted by the return of Mathews and Dinesh Chandimal, who recovered from a broken hand. They will slot into the middle order along with Kusal Mendis and Dhananjaya de Silva. However, in order to get the combination right to the extent of garnering long-term success, both batting and bowling need to be at their best, something which is currently lacking in the Sri Lankan Test side.

“With Dushmantha Chameera coming back into the team and young Vikum Sanjaya earning his spot, we have got a fairly decent pace attack which can put them under pressure, but we need to score runs as a batting unit. It’s going to be our main challenge; the boys have worked extremely hard in the past few weeks, ESPNcricinfo quoted Mathews as saying. Mathews revealed that his side have been batting on granite in recent times in order to get used to that extra bounce ahead of the three-match Test series beginning on December 26 at the St George’s Oval in Port Elizabeth.

“The pace the boys are used to, it’s just the bounce and the conditions that we need to get used to. We used a lot of granite stuff, especially the batters. When you use a piece of granite, the ball is coming on to you quicker. The granite is laid down on the pitch and you can throw the ball on it so that it comes on quicker, he said.

The 29-year-old reiterated that his batsmen have done everything possible to try and counterattack the South African fast bowlers and get used to their conditions before the Boxing Day Test. While Sri Lanka recently clinched a 2-0 win in the three-match ODI series against Zimbabwe, South Africa themselves are coming off a great 2-1 Test win against Australia. Mathews, however, wanted his side to set the scoreline of their tour to South Africa right after having lost their last three-match Test series 1-2 there in 2011-12.

“Most of the teams do well and win at home but struggle overseas. It happens to any team but we want to try and achieve some wins overseas and turn the tables,” Mathews said. “I am confident that my team can do it. We got a good combination where we have five fast bowlers, two experienced spinners and a solid batting order, Mathews said ahead of the three-day warm-up game against South Africa Invitational XI in Potchefstroom from December 18. Besides Tests, Lanka are also slated to play three-match T20 series and five ODIs against South Africa beginning on January 20 at Centurion. 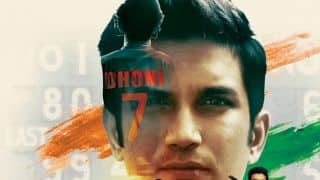 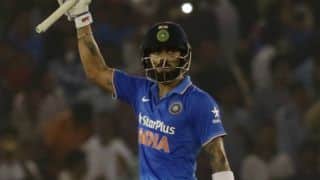