Sri Lanka vice-captain Angelo Mathews is buoyed by his side's past form in limited-overs cricket at Melbourne Cricket Ground (MCG) ahead of their first ODI against Australia. 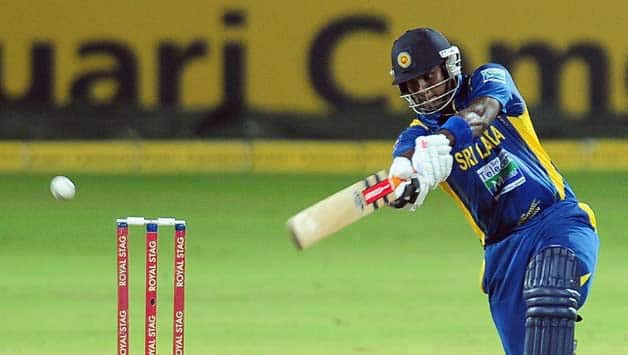 Sri Lanka vice-captain Angelo Mathews is buoyed by his side’s past form in limited-overs cricket at Melbourne Cricket Ground (MCG) ahead of their first ODI against Australia.

Sri Lanka have registered wins in their previous three visits to MCG and a win in the first ODI could be the best start to the limited-over series after being whitewashed 3-0 in the Test series.

Mathews will have fond memories from his previous outing at MCG in November 2010 when he put on a 132-run stand with Lasith Malinga for the ninth-wicket to give his side an incredible comeback win after they were reduced to 107 for eight while chasing a target of 240.

“I would say that’s one of the best innings I’ve played so far,” Mathews recalled in Melbourne on Tuesday, according to an AAP report published on the Sydney Morning Herald.

“Against the Aussies, that was my first tour to Australia, the first ever game I played in Australia. It was a very big moment and I would say it was a very big stepping stone for my career.”

Mathews believes the tourists will feel at home in Melbourne and expects a strong crowd support for his side.