Mathews was all praise for Dilshan and Jayawardene for showing resistance.

After another crushing defeat to India and losing the series, Sri Lanka captain Angelo Mathews said his team kept repeating the mistakes and its batting flopped once again.

“We can’t keep repeating the same mistakes. We once again flopped in our batting,” he told reporters after India defeated Lanka by six wickets to win the five-match series 3-0.

“We keep repeating same mistakes and hope that we win which we cannot do here, especially against a quality team like India,” he added.

The Sri Lankan skipper feels that the powerplay was crucial as they lost four wickets for minimum runs. He said their team should have scored 300. “300 mark was minimum here in these conditions and on this wicket. 242 was not for the bowlers to bowl at,” he said.

“We haven’t played well. We haven’t batted well in all three games and that’s a concern. We need to be positive and aggressive. We can take a point of two at the way India is batting,” Mathews said.

He was all praise for Dilshan (53) and Mahela Jayawardene (118) for showing resistance. “All other batsmen threw it away either due to lack of concentration or just played some silly shots.”

On whether he attribute the defeats to their lack of preparation for the tour, the Lankan captain said it was always going to be tough whether a team is prepared or not prepared in India. “Not many teams have won against India in India.”

The Sri Lankan team, he said, is still trying to recognize its strengths and weaknesses going into the World Cup.

“Going into the World Cup we need our top guns to fire. The young guys need to step up and grab the opportunity. They need to give 100 percent and learn from seniors.” 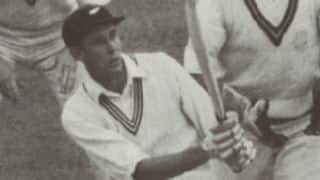 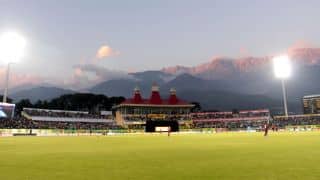