Sri Lanka captain Angelo Mathews has insisted he will have no qualms if any of his side run out a batsman backing up against England.

Nottingham: Sri Lanka captain Angelo Mathews has insisted he will have no qualms if any of his side run out a batsman backing up against England during the forthcoming one-day series despite the row over Jos Buttler‘s dismissal two years ago. The final match of the 2014 ODI series between England and Sri Lanka at Edgbaston saw home batsman Buttler run-out at the non-striker’s end after Sri Lanka twice warned him for moving out of his ground backing up. Sri Lanka won the match, and with it the series, but the major talking point afterwards revolved around Buttler’s exit. LIVE CRICKET SCORECARD: England vs Sri Lanka , 1st ODI, Nottingham

Even though ‘Mankading’, the term coined after India’s Vinoo Mankad ran out Australia non-striker Bill Brown during the 1947 Sydney Test, remains a legitimate dismissal, some regard it as against the spirit of cricket. Alastair Cook, then England’s one-day captain, said he was “pretty disappointed” but the view of many former internationals, including ex-England skipper Michael Atherton, was that the Sri Lankans had done nothing wrong and that Buttler was at fault for being out of his ground before the ball had been delivered.

“We will play our cricket within the rules,” said Mathews ahead of Tuesday’s first of a five-match ODI series at Nottingham’s Trent Bridge ground. “If someone is trying to take advantage of the rules then we will probably warn him.” In 2014, Sri Lanka won a two-match Test series 1-0 prior to the one-dayers, although this year’s corresponding contest saw England emerge 2-0 winners in a three-Test campaign. Buttler: Ambitious enough to play Tests fro England

“The Test series [this year] was played in very good spirit, so I hope we’ll play the ODI series in very good spirit too,” added all-rounder Mathews. There were some who felt Mathews, although technically correct, should have withdrawn Sri Lanka’s appeal against Buttler in 2014. But relatively early in his captaincy tenure, Mathews stuck to his guns. “You face challenging moments in life,” he said.

“Being in the hot seat is not easy, sometimes you have to make those hard decisions. I still stand by it, because we warned him twice before. That’s all we could possibly do at that time.” Meanwhile Mathews backed Shaminda Eranga, recovering from a heartbeat scare during the second one-day international against Ireland in Malahide, near Dublin, to return to top-flight cricket after the Sri Lanka paceman was also suspended by the International Cricket Council over the weekend for an illegal action.

“It has been a tough 48 hours for him, and the whole team is behind him and fully supportive of him,” said Mathews. “We are very confident he will come through both – his condition as well as his action. He will have to go back and work with the fast-bowling coaches and come back strong.” 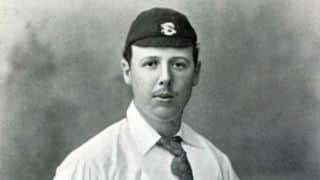