Anil Kumble is in the running for the Coach of the Year award in the inaugural edition of the Indian Sports Honours.

Kolkata: Former India coach Anil Kumble is in the running for the Coach of the Year award in the inaugural edition of the Indian Sports Honours, instituted by the RP-SG Group in association with the foundation of skipper Virat Kohli. Kumble, who had an unceremonious exit as India coach after differences with Kohli, is competing with Bisheshwar Nandi (gymnastics), Balwan Singh (kabaddi), Harendra Singh (hockey) and Vijay Davecha (golf) for the award. The nominations were announced on Wednesday. The winners will be announced at a ceremony to be held in Mumbai on November 11. There are eight categories including sportsman of the year which has pitted cricketers Cheteshwar Pujara, R Ashwin and Hardik Pandya against each other. Anil Kumble s exit was unfortunate: Rahul Dravid

Terming this an “authentic” sports award, Bhupathi said: “Having an award at the end of a season not only inspires youth but recognises the past players. It’s exciting to have an authentic sport award in the country. I don’t think we have one. It will definitely create an aspiration to achieve more.” The eight categories also include sportswoman of the year award in team sport where Indian hockey stars Deepika Thakur , Rani Rampal and cricketers Deepti Sharma, Mithali Raj and Harmanpreet Kaur are vying for honours. BCCI slammed over Anil Kumble s birthday tweet

The finalists for the sportswoman of the year award in individual sport are Olympic silver and bronze medalist duo of PV Sindhu, Sakshi Malik along with gymnast Dipa Karmakar, athlete Lalita Babar and tennis ace Sania Mirza. For the male category in individual sport, javelin thrower Neeraj Chopra, cue sports ace Pankaj Advani, golfer SSP Chawrasia, and in-form shuttler Kidambi Srikanth are the finalists in the race for the best sportsperson of the year award. 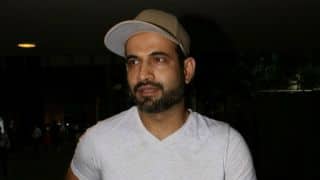 Irfan Pathan: Not being a 'YES' man lead to my sacking as Baroda captain