Kumble said he was really amazed at the spirit shown by Shankar Sajjan.

Former Indian leg-spinner Anil Kumble discovered a differently-abled spinner in his talent hunt, held in Bengaluru. The 17-year old Shankar Sajjan, whose hands are not fully developed, wowed everyone present, especially Kumble. The young bowler was not a part of the original 20 members selected, but was added later on as a special case.

Kumble told Indian Express, “I was really amazed at his spirit,” Kumble told The Indian Express. “We didn’t pick him in the final 20 list but we will be having him in our camp as a special case. This reflects true India. Underlying talent in every walk of life. All one needs is an opportunity. I am glad I could provide one.”

Sajjan himself was grateful for the chance. “My uncle Sharan supported me to come for this camp. I’m big fan of Kumble sir and it’s a dream come true. He told me that he will be sponsoring my training and education needs,” he said. 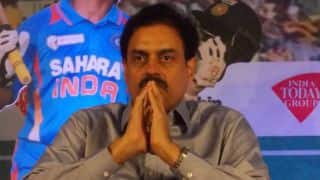