Kumble's deal was reportedly finalised on Thursday in Mumbai, as per a report in a leading daily.

Almost two years after he stepped down as India‘s head coach in rather unceremonious circumstances, former legspinner Anil Kumble is set to take over as the coach of IPL franchise Kings XI Punjab. Kumble’s deal was reportedly finalised on Thursday in Mumbai, as per Times of India.

“Kumble is our choice to coach Kings XI. The world knows about his cricketing and coaching abilities. He’s a very calm, cool and collected person. He comes with a lot of experience in the IPL, having worked with two other franchises in the past, and also with the Indian team. We’re pretty sure that under his leadership, Kings XI will do very well,” Kings XI co-owner Ness Wadia told TOI.

Although no official announcement has yet been made, Kumble is set for his maiden IPL stint as coach, replacing Mike Hesson. He has earlier served as a chief mentor for Royal Challengers Bangalore and four-time champions Mumbai Indians.

Supporting Kumble in the coaching staff is former KXIP captain George Bailey, while former left-arm spinner Sunil Joshi will serve as assistant coach. Under Bailey, KXIP reached the IPL final in 2014 where they lost to Kolkata Knight Riders in the final. Joshi’s coaching credentials are known having earlier served with Bangladesh and numerous Indian domestic teams.

Besides, Jonty Rhodes is expected to named the fielding coach of the side, given company by former West Indies fast bowler Courtney Walsh, likely to be appointed bowling coach. There have been reports of R Ashwin, captain of the side last year, to be traded to Delhi Capitals but Wadia re-iterated that the offspinner continues to be a vital member of the team. 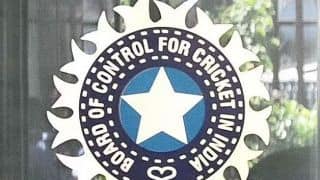