Ojha played his entire international career under the captaincy of MS Dhoni.

Former India spinner Pragyan Ojha has said that spin great Anil Kumble had contrasting personalities on and off the pitch. Ojha, who took 113 Test wickets in his brief five-year international career, said that Kumble was as aggressive on the field as he was calm off it.

“When he was on the ground, Kumble used to be very aggressive, both with the opponent and with his own players,” Ojha told Wisden in an interview. “Off the field, you won’t be able to relate. I was taken aback, ”Am I talking to the same person who I saw on the ground?” He used to compete hard, but off the field, he was very soft-spoken.”

Ojha played his entire international career under the captaincy of MS Dhoni. His time with the Indian team coincided with the old guard of Sachin Tendulkar, Sourav Ganguly, Rahul Dravid and VVS Laxman phasing out and the arrival of the likes of Virat Kohli and Rohit Sharma.

“Someone like VVS Laxman would listen to Suprabhatam and then go and bat. That is his aggression. Someone like a Kohli will be listening to loud, Punjabi music, showing body language not gestures and he likes to show he is in your face. It is not wrong in any way, it was just different.” 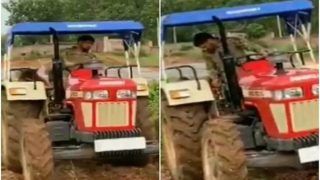