Newly-appointed coach Anil Kumble today said the issue of conflict of interest has been discussed with the BCCI and will be resolved before he officially assumes charge of the Indian cricket team.

Newly-appointed coach Anil Kumble today said the issue of conflict of interest has been discussed with the BCCI and will be resolved before he officially assumes charge of the Indian cricket team. Former captain Kumble was appointed the team’s head coach for a one-year tenure by the BCCI on the eve of its working committee meeting in Dharamsala. Kumble’s association with Tenvic, a company “in the business of sports and consulting”, has raised questions around a possible conflict of interest in the past. Read: Anil Kumble races past Ravi Shastri to become India’s new head coach

“We (BCCI and I) have already discussed that. Whatever needs to be done will be done before I take up this role officially. That has been discussed, and it has been clear with the BCCI as well. Something that can be easily resolved,” Kumble said when asked about the issue by reporters after BCCI’s announcement.

Kumble, the highest wicket-taker for India till date and third in Test list behind Muttiah Muralitharan and Shane Warne, emerged as a front-runner in the last few days even though he has no experience in coaching in the international arena. The spin legend expressed his displeasure at being asked about the same issue repeatedly during the interaction with the media in-front of his residence. Read: Anil Kumble first Indian coach since Kapil Dev in 1999-2000

He compared it with a middle name erroneously given to him in the media during his playing days. “Whenever I am mentioned, the term conflict is added to my name. I have played for 18 years. When I used to play, a middle name, Radhakrishnan, was given to me. Don’t know where it came from. After I retired ‘conflict’ has become my middle name. I have spoken to BCCI. Whatever needs to be done we will do,” Kumble said.

The BCCI expressed similar displeasure at being asked about the conflict of interest, but added the issue has been addressed. Read: Anil Kumble: Coach’s role is in the background, players come first

“I think conflict of interest has become a very fashionable word to use. That has been completely addressed, and whatever decisions around that have been addressed prior to making this decision. There will be no conflict of interest as such before he assumes his role,” BCCI secretary Ajay Shirke said. 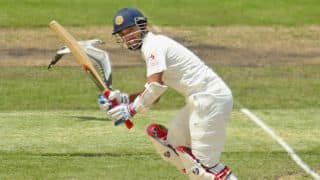