Anjum, who was once a captain and is also the recipient of the Padma Shri in 2014, was excited to share the achievement.

Anjum Chopra became the first woman cricketer from India to have been awarded an honorary life membership of the Marylebone Cricket Club (MCC). Anjum, who was once a captain and is also the recipient of the Padma Shri in 2014, was excited to share the achievement. She said, “It is actually an honour for women’s cricket in India. My journey had begun with a trip to the National Stadium as a schoolgirl and I am delighted to be the first woman player from India to receive the prestigious MCC membership,’ as quoted by The Hindu. Virender Sehwag and Zaheer Khan too were among who received MCC memberships recently. READ: Zaheer Khan elected as MCC Honorary Life Member

Anjum though, made her international debut at the age of 17. She went on to play 12 Tests, 127 One-Day Internationals (ODIs) and 18 T20Is for India. She had 548 runs in Tests and 2,856 runs in 50-over cricket. READ: Virender Sehwag awarded Honorary Life Membership of MCC

The MCC on awarding her membership said, “Since her retirement as a player in 2012, her voice has become familiar to millions across the world in her current role as a commentator on the Indian Premier League (IPL).” READ: Anjum Chopra: A multi-talented sportsperson who went to become one of the legends in Indian women’s cricket

Anjum was also the first Indian woman to score an international century. “I am really humbled to be among an august gathering of some of the finest players the game has seen.” she said. She now works as a commenatator about which she also said, “To share the stage with the great Sunil Gavaskar was like a dream come true. I learn from every commentary stint. It helps me stay in touch with the game in some way.”

Working as a cricket analyst has been an enjoying process for Anjum and she said, “I played for 17 years and the experience helps me hugely when I am asked to analyse the game. I consider myself a student of the game,” said Anjum, who is also a motivational speaker and has conducted training programmes for many globally recognised brands.” 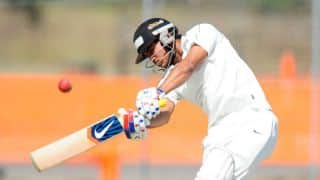 Tea Report: India A reach 188/3 against Australia A 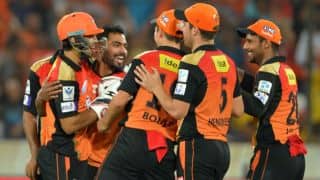