Vijaywada: Middle-order batsman Ankit Bawne’s stroke-filled ton, complemented by veteran Parthiv Patel’s half-century, comfortably placed India A at 360 for four on the second day of the unofficial ‘Test’ against New Zealand A. Bawne (116 batting) and Parthiv (56 batting) added 156 runs for the unbroken fifth wicket stand in only 28 overs as India A extended their lead to 149 runs after New Zealand had scored a paltry 211 in their first essay.

The other significant contributor was Shreyas Iyer, who blasted the bowling en route his 79-ball-82 that had 10 boundaries and two sixes. In fact it was Iyer and Priyank Panchal (46), who added 133 runs for the second wicket to set the platform for a big score.

Maharashtra batsman Bawne played 166 balls hitting 13 boundaries and five huge sixes. Parthiv also showed positive intent during the 78 balls that he played. He hit four boundaries and a six. Senior team leg-spinner Ish Sodhi was the bowler who was picked out for harsh treatment, giving away 107 runs in 19 overs.

Most of the sixes were hit off Sodhi’s bowling even though he got two wickets. The two batsmen, who missed out on big score after getting set were Panchal and skipper Karun Nair (43). 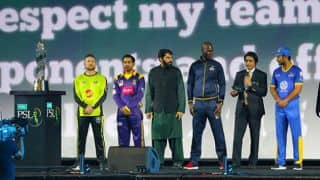