Kolkata: Amid allegation of “medical negligence”, a blame game has begun following the tragic death of promising Bengal opening batsman Ankit Keshri who passed away on Monday morning owing to an injury sustained during a cricket match a few days back. ALSO READ: Ankit Keshri was a talented cricketer

Keshri sustained a head injury in an on-field collision while taking a catch in a Cricket Association of Bengal’s Senior one-day knock-out match on April 17 at JU second campus ground in Saltlake. Ankit Keshri, Bengal Under-23 cricketer dies after sustaining on-field injury

Keshri, representing East Bengal in the match against Bhowanipore Club, was taken to the AMRI Hospital in the vicinity. Last night, Keshri was shifted to Nightingale Hospital on Shakespeare Sarani after East Bengal senior official Sadanand Mukherjee signed the risk bond at the AMRI Hospital and the former Bengal U-19 captain died early this morning because of cardiac arrest. Ankit Keshri’s tragic death: Bengal cricketing fraternity remembers former Under-19 captain

A blame game then began as the super specialty hospital in Saltlake said they were not given a chance to treat further, while East Bengal’s Sadanand Mukherjee claimed otherwise.

AMRI CEO Rupak Barua said they were not given a chance to treat Keshri for which further investigations were required, even as Mukherjee claimed that they were given assurances by the hospital that Keshri was stable.

“We wanted to conduct more investigations on him like CT angio and other tests but we were not given a chance to treat him because the patient was taken after the club and family authorities signed the risk bond and after which we discharged him,” Baruah told PTI. Baruah said the doctor attending on Keshri told the patient parties that he was aerodynamically stable but did not advice his discharge.

“He was under treatment at the critical care unit… AMRI had conducted CT scan of the brain and 13 dopplers and wanted further investigation,” Baruah said. Mukherjee, however, said: “We went by what doctors told us and for better treatment we took him to Nightingale. It was a decision taken in consultation with the family.”

East Bengal coach Pranab Nandi claimed: “There was no indication from the hospital at all. They in fact told us that Keshri would be shifted to general bed and nothing revealed in the scan.”

Nightingale Hospital, it may be noted, has a tie-up with the Cricket Association of Bengal and the state body said they shifted the cricketer for better treatment. “It’s nothing to do with the tie-up and we shifted him purely because of better treatment,” CAB joint-secretary Subir Ganguly told PTI.

The Nightingale Hospital in their medical bulletin said Keshri’s pulse rate was low and he had a brain swelling (edema) that caused the cardiac arrest. “CT scan revealed small hemorrhages. So we decided to put him under our neurosurgeon Buddhadev Saha. He was then put in ICU for constant monitoring.

“There’s a chance of secondary brain injury to deteriorate further. From 8.30 pm till 11, the patient was in uniformed state. Later on, he developed uneasiness and another CT scan revealed that the swelling inside the brain has begun to grow. We tried our best and was in constant touch with Dr Saha. But unfortunately the brain swelling (called Edema) began to grow despite all the medication and affected the heart beat.

“Early morning he suffered a cardiac arrest and immediately we put him on pacemaker. But in spite of all our efforts, heart could not be revived and the unfortunate death occurred,” Dr Arpan Chowdhury, critical care expert, said in the bulletin.

He, however, refused to comment about Keshri’s condition at the AMRI. “After we got the patient, we felt the need to keep him in ICU because there was a chance of further deterioration in such types of injury,” he said.

Keshri’s father Raj Kumar was inconsolable and said: “I don’t know why he was shifted to Nightingale. We always wanted better treatment and his East Bengal coach and officials did all the formalities (of signing the risk bond).”

Keshri’s first coach Arijit Majumdar said: “We always wanted better treatment. Now we think he should not have been shifted to Nightingale and could have got a better treatment at AMRI.” 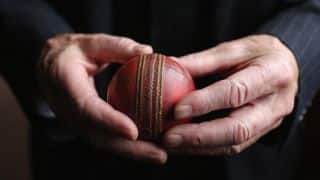