Shiv Sagar Singh who was one of the first persons to attend Keshri and tried resuscitation.

Kolkata: Former Bengal spinner Shiv Sagar Singh, who was one of the first persons to attend Ankit Keshri and tried resuscitation, was today in deep shock after the young cricketer’s tragic death. ALSO READ: Ankit Keshri was a talented cricketer

The East Bengal spinner was in cover, while 12th man Keshri was fielding at the sweeper cover region before the fatal collision with Mondal took place in their CAB Knock-Out quarterfinal match against Bhowanipore on April 17. Ankit Keshri, Bengal Under-23 cricketer dies after sustaining on-field injury

Such awkward was the fall that Singh felt 20-year-old Keshri would die on the field but he gave him mouth to mouth resuscitation by giving him CPR (Cardiac Pulmonary Resuscitation) before the present team doctor took over. Ankit Keshri’s tragic death: Bengal cricketing fraternity remembers former Under-19 captain

“He fell awkwardly and blood was spurting out of his mouth, his neck badly twisted. For a moment, it occurred to me that he would not survive anymore. But he opened his eyes and we breathed a sigh (after giving CPR). I tried my best in whatever possible manner,” Singh said. READ: Sourav Ganguly heart-broken about tragic demise of Ankit Keshri

Recollecting the freak mishap, he added: “It could have been my catch also. But having seen them running for the catch I held myself back. He was doing fine and was responding, little did we imagine that he would leave us in such way.”

The 20-year-old Keshri, a talented right-hander, had captained the Bengal U-19 team in Cooch Behar Trophy and was in the 30-member India probables list for the 2014 U-19 World Cup in the United Arab Emirates. He was also playing for Bengal A (U-23 side) in CK Nayudu national Championship. 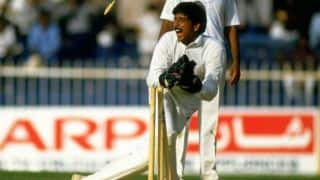 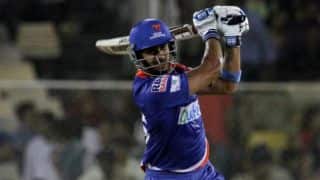