In the past, the job of media managers in state associations used to be looking after arrangements in the press box and organising the press conferences.

However, Thakur, who addressed the media managers at the workshop here, said that with changing times, the domain of media manager has also undergone a sea change.

“The focus should be on engagement and not mere arrangement. The media managers should now be able to tell the story of Indian cricket and also be responsible in highlighting the good work done by their respective state associations using the digital platform,” Thakur told PTI today.

In a significant development, the representatives of Facebook and Twitter also gave Powerpoint presentations to the participants with tips on how to engage with fans on social media.

The 41-year-old BJP MP said that media managers need to reach out to young Indian cricket fans, who are active on digital media platforms like the Facebook and Twitter.

“I want the media managers to reach out to those young fans on social media with relevant informations, which will be a way to engage them. We have already asked each state association to have their official FB and Twitter page, where information will be uploaded,” said Thakur. One of the participating media managers said the workshop indeed was a fruitful one.

“It was a long and exhaustive process. I must admit that we got an entirely different perspective of how the role of the media manager has changed. The BCCI president was very clear on the kind of changes he wants from us. We will go back and seek necessary permission to bring upon changes,” said the official requesting anonymity. 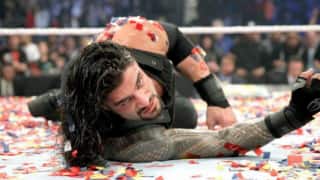