After being asked to bat, Panthers’ top-order fired in unison to power them to 204/4 at the Sharjah Cricket Association Stadium. In reply, barring captain Mohammed Nabi’s 15-ball 40, no other Legends batsman could offer any significant contribution as they were bowled out for 167 in 19 overs with Panthers winning by 37 runs.

Captain Mohammad Shahzad struck 42 off 21 to lead a fiery start as Panthers raced to 52/0 in five overs. Before being caught and bowled by Nabi in the final over of the Powerplay, Shahzad struck a six to cross 3000-run mark in T20s.

His opening partner was equally effective hitting five fours and three sixes in his 28-ball 47. Delport began cautiously hitting run-a-ball 28 before lifting Nabi for a six to singal change in intentions. However, he was involved in a run-out that resulted in Samiullah Shenwari departing for 25. The left-handed Delport then truly shifted gears with two sixes in an over of Mirwais Ashraf the second of which took him to his half-century.

He finished unbeaten on 70 off 48 as Panthers took 15 runs from the final over.

The chase, however, began well with Chris Gayle belting two successive sixes followed by a four off Udana. However, a yorker in the same over ended his knock on 20. From thereon, Legends kept losing wickets regularly, failing to build partnerships. Colin Munro managed 23 off 20 while Ravi Bopara struck 23 off 22.

Nabi tried reviving the chase with four sixes and two fours but Ziaur Rahman (3/34) ended the flickering hopes by having him caught in the 16th over. With this win, Panthers have climbed to the top of points table with net-run rate separating the top- three teams who each have four points from three matches. 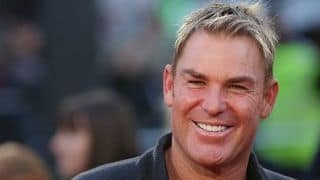 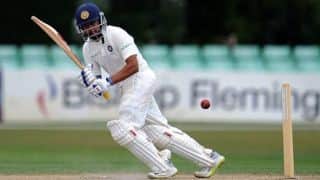