Perhaps trying to change his shy nature, Sakshi tried to pull his leg again, but she failed miserably as the two-time World Cup-winning captain came up with an epic response. 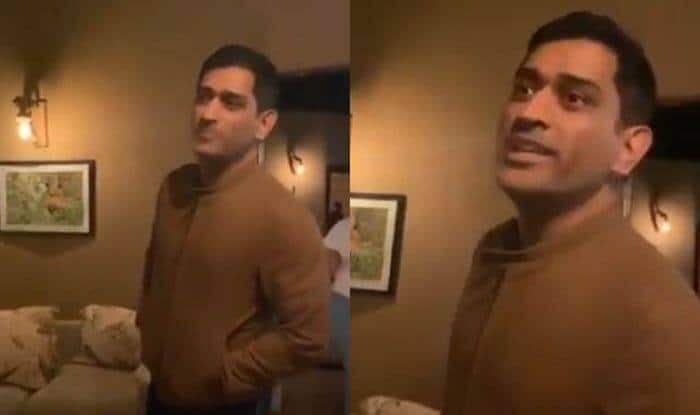 MS Dhoni‘s wife Sakshi is fast developing a habit of pulling his leg time and again, but this time she got a taste of her own medicine. Not long back, she was heard referring to the 37-year-old as ‘Sweety’ which left the former India skipper red-faced with no response.

Perhaps trying to change his shy nature, Sakshi tried to pull his leg again, but she failed miserably as the two-time World Cup-winning captain came up with an epic response.

On Thursday, Sakshi posted another video featuring Dhoni, where she asks him for a reaction. Instead, Dhoni says that Sakshi is doing all of this because she is trying to increase her following on Instagram.

In reply, Sakshi said that Dhoni’s fans love her too before the wicketkeeper-batsman turned his attention to somewhere else.

There are talks that MS Dhoni could be leading the All-Star side in a charity game just ahead of the 13th season of the Indian Premier League and the team would have current India captain Virat Kohli and Mumbai Indians skipper Rohit Sharma.

Dhoni, who has not played international cricket since India’s loss in the 2019 ICC Cricket World Cup semi-final, has been dropped from BCCI’s central contract recently.

Last week, the former skipper was attending an event at the Jharkhand State Cricket Association (JSCA) in Ranchi where he was trying to whistle with spring onions in the presence of Jharkhand Chief Minister Hemant Soren. The two-time World Cup-winning skipper was seen in a happy mood during the event where he and Soren inaugurated new facilities.