BBG Sports, the company behind Hot Spot, has said the application of Vaseline on the edge of a cricket bat cannot affect the technology. 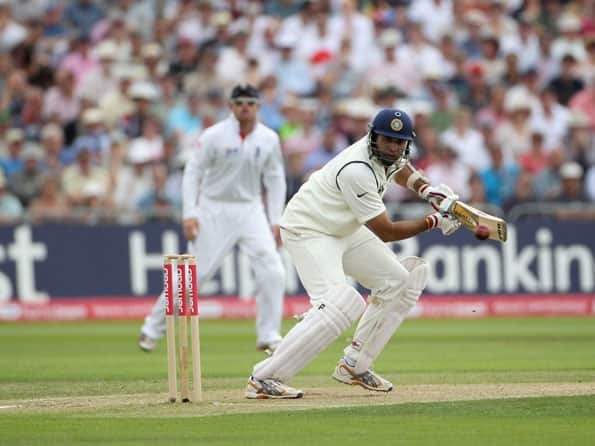 VVS Laxman was accused by former England skipper Michael Vaughan for applying Vaseline on the edges of his bat, which helped him escape a caught-behind appeal off James Anderson Getty Images

BBG Sports, the company behind Hot Spot, has said the application of Vaseline on the edge of a cricket bat cannot affect the technology.

The company said in an official statement that a batsman would have to apply a whole centimetre of Vaseline to the edge of a bat for it to have any impact on the technology.

“We have done testing over the past two days in our office and can conclude that putting Vaseline on the side of a cricket bat has no discernible effect on our Hot Spot system. Maybe if you were able to apply 10 millimetres (one centimetre) of Vaseline on the side of the bat it would make a difference but we believe that this would be near impossible to achieve,” the company said in a statement.

The technology got drawn into controversy after former England captain Michael Vaughan tweeted that India’s VVS Laxman may have applied Vaseline to the edge of his bat, which helped him escape a caught-behind appeal on the second day of the second Test at Trent Bridge.

England were convinced Laxman had nicked a James Anderson delivery, and though the Snickometre showed there was a noise as the ball passed the bat, Hot Spot did not show any deflection.

Stuart Broad latter admitted to checking Laxman’s bat and said he found nothing. Broad also said that the England players were not convinced Hot Spot picked up faint edges.

In the wake of the controversy, BBG Sports conducted tests to see whether the cameras used for Hot Spot could be tricked by the use of artificial substances. They found that it would take too much Vaseline to have that effect.

Warren Brennan, the owner of Hot Spot, had earlier said the device’s accuracy was around 90-95 per cent and could be impacted by factors like bright sunshine and the speed of the bat in the shot.

Out of team, Malik plays tennis with Sania Mirza