Arjun Tendulkar is part of Mumbai's 15-member squad for the Bapuna Cup.

Arjun Tendulkar, son of cricket icon Sachin Tendulkar and a left-arm pacer, has been named in the 15-member Mumbai squad for the upcoming Bapuna Cup to be held in Nagpur. The squad, to be led by senior player Suryakumar Yadav, was announced by the Mumbai Cricket Association (MCA) on its website on Monday.

The Bapuna Cup is a pre-season tournament organised by the Vidarbha Cricket Association and starts September 5. This year, it will be played in 50-over format and will begin from September 5. Mumbai will also be eyeing the availability of Ajinkya Rahane since he is not a part of India’s ODI squad which is currently in the West Indies.

In the past, Tendulkar has played in the T20 Mumbai League after he was picked for Rs 5 lakh. The 19-year-old cricketer has also bowled to the Indian team in nets. Also part of the squad are the likes of veteran Aditya Tare and Sarfraz Khan. 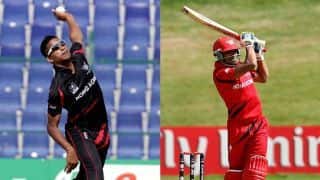 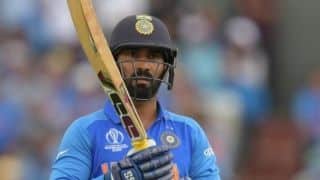