Arjun Tendulkar, son of the legendary Sachin Tendulkar, made his senior debut for the Mumbai T20 team in the Syed Mushtaq Ali Trophy on Friday.

Young left-arm pacer Arjun Tendulkar, son of legendary batsman Sachin Tendulkar, made his Mumbai senior team debut on Friday in an Elite E League group match of the Syed Mushtaq Ali Trophy against Haryana at the Bandra Kurla Complex, Mumbai. With this, Arjun’s long wait of representing Mumbai at the highest level finally ended. He had already played for India U-19 and Mumbai U-19 teams in the past. Arjun first made it to the Mumbai U-19 side in 2017 and then graduated to the India U-19 squad the following year.

However, the 21-year-old didn’t get a chance to bat but the left-arm pacer opened the bowling with experienced player Dhawal Kulkarni. After leaking 15 runs in his first over, Arjun immediately made his presence felt as he picked up the wicket of Haryana opener Chaitanya Bishnoi for 4 off 9. Bishnoi, who was aiming to steal a single on the leg-side, edged the ball to wicketkeeper Aditya Tare, who claimed an easy grab.

Here’s the exclusive video of Arjun Tendulkar getting his first wicket!!

Arjun went for 34 runs in three overs he bowled and picked up a solitary wicket. Despite losing two early wickets, the visitors – Haryana made a strong comeback and chased down the 144-run target with 14 balls to spare. With three wins from as many matches, Haryana are sitting at the top spot in the points table.

Mumbai, India’s domestic giants, are out of the Syed Mushtaq Ali T20 trophy after suffering three defeats. Arjun is expected to be retained in the playing XI for final two matches.

Meanwhile, Tendulkar junior was added to the Mumbai squad, along with another pacer Krutik Hanagavadi, by the Salil Ankola-led selection committee, after the BCCI permitted a total of 22 players to be selected.

Over the years, Arjun has been playing age-group tournaments for Mumbai and has also been a part of the team, which plays invitational tournaments.

Arjun was part of India’s Youth Test tour to Sri Lanka in 2018 and has played for the Marylebone Cricket Club (MCC) Young Cricketers in the Second Eleven Championship in England. 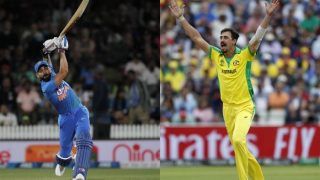 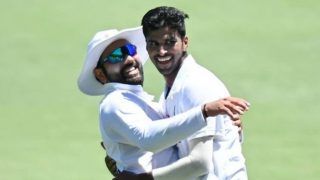