The 14 members of that World Cup winning side have got together with Wills Realtors and Vivanta Associates to develop a cricket based real estate project. The structure of the project would resemble a bat and a ball with it being located in the Sri Lankan capital – Sri Jayawardanapura.

Ranatunga said, “The land was given to the 14 of us after we won the 1996 World Cup, but we did not think of doing anything seriously given the state of our country. But, a few months back we felt why not do something with it.

“This might be slightly expensive compared to some of the other buildings but we want it to be a unique project, relevant to the world cup and it is like a memento for the future Sri Lankans. Otherwise it will be a general building and the value won’t be there for us.”

Ranatunga was present at the event along with Sanath Jayasuriya, Romesh Kaluwithrana, Ravindra Pushpakumara and Chaminda Vaas. They are also planning to make arrangements in the new project for some past cricketers who aren’t financially very well off.

Ranatunga told, “We are trying to get some money through this project to lift the lifestyle of some of the past cricketers. They can be 70-80 year old’s or immediate cricketers. We have seen some of them struggling very badly. That us why all 14 of us thought this is the right time.”

He continued, “We wanted to create some awareness among the Sri Lankans plus collect some money to look after school cricket and also to protect some of the past cricketers. It is a 200-300 unit project.”

The cricketers are also planning to have a museum, indoor nets and a swimming pool in the facility. Aravinda de Silva wasn’t present at the event, but addressed the crowd through a recorded message. He said, “I hope there are good restaurants as well. We had to make sacrifices during our playing days for the fitness regime set by Alex Kountouris.” 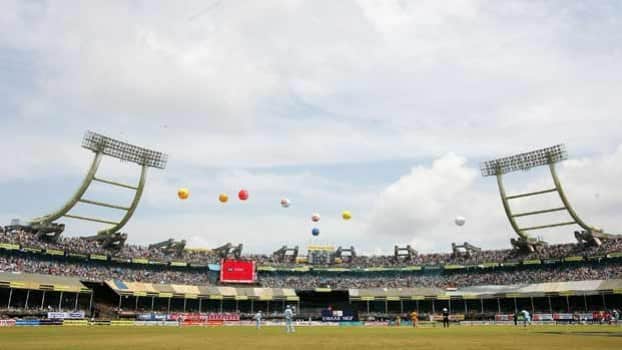