A day after two of its senior functionaries called it quits, the crisis-hit Board of Control for Cricket in India's (BCCI) Vice President Arun Jaitley said the next 24 hours could bring about a "significant" development in the unfolding drama. 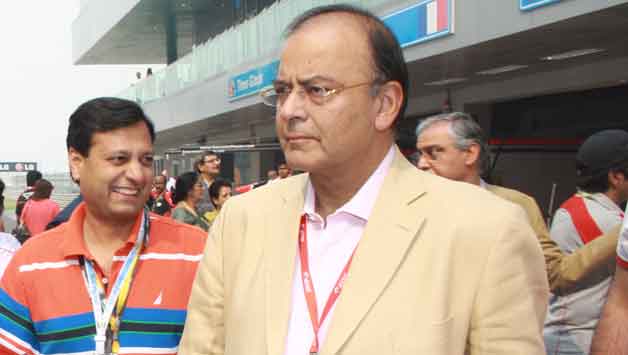 A day after two of its senior functionaries called it quits, the crisis-hit Board of Control for Cricket in India‘s (BCCI) Vice President Arun Jaitley said the next 24 hours could bring about a “significant” development in the unfolding drama.

The under-fire N Srinivasan‘s adamant stand of sticking on to the post of BCCI President despite the damaging IPL spot-fixing scam last night prompted Board Treasurer Ajay Shirke and Secretary Sanjay Jagdale to resign in protest.

“Wait for a day, you will hear something significant,” said Jaitley when asked if the five Vice Presidents of the Board, including him, could put in their papers today.

The crisis in the BCCI has deepened with every passing day after Srinivasan’s son-in-law and Chennai Super Kings Team Principal Gurunath Meiyappan was arrested for alleged involvement in betting.

Srinivasan, whose company India Cements owns CSK, refused to resign despite repeated calls for his ouster, insisting that he did no wrong.

He has, however, convened an Emergency Working Committee meeting next week hours after information spilled out that the ICC had warned Meiyappan to keep away from bookies at the start of IPL.

Significantly, Jagdale, who is also a member of the three-member inquiry commission to go into allegations against Meiyappan and CSK, also opted out of the inquiry committee.

“I have expressed my inability to join the probe,” Jagdale said yesterday when asked whether he would continue in the panel which has two retired Judges on it.

There was intense speculation that joint secretary Anurag Thakur will also put in his papers on Saturday to put more pressure on Srinivasan.