Arvind Kejriwal on Friday sought to know why Narendra Modi and Finance Minister Arun Jaitley were "afraid" of a probe into DDCA affairs.

New Delhi: Chief Minister Arvind Kejriwal on Friday sought to know why Prime Minister Narendra Modi and Finance Minister Arun Jaitley were “afraid” of a probe into the affairs of Delhi’s cricket body. Referring to the CBI raid on Delhi Secretariat on December 15, Kejriwal said: “We [AAP] cooperated with your raid, you also cooperate with the enquiry commission [set up by our government],” Kejriwal tweeted. “We did not fear your raid, why are you afraid of the enquiry commission?” The Delhi government has set up an enquiry commission to probe the allegations of corruption in the Delhi and District Cricket Association (DDCA) which Jaitley headed for 13 years until 2013. Kirti Azad, Bishan Singh Bedi to suffer disciplinary measures from DDCA

Kejriwal said many TV channels were claiming the commission of enquiry he had ordered was “illegal”. He asked: “Was the CBI raid legal?”. Jaitley has sued Kejriwal and other leaders of the Aam Aadmi Party for linking him with the alleged corruption in the DDCA. The BJP has suspended its MP Kirti Azad for campaigning against Jaitley on the same issue.

The executive committee of Delhi and District Cricket Association (DDCA) will explore various disciplinary measures, including issuing show cause notice to former India cricketers Kirti Azad and Bishan Singh Bedi, for making corruption allegations against its former president Arun Jaitley. The DDCA executive committee is likely to meet tomorrow at the Feroz Shah Kotla. “We will be exploring all possible options including issuing show notice to the two [Bedi, Azad] who are also voting members. The members have taken a strong view on this matter,” acting DDCA president Chetan Chauhan today told PTI. 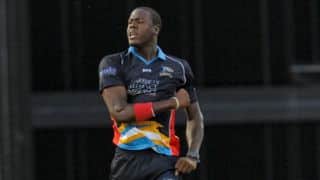