West Indies flattered to deceive in this World Cup but Nicholas Pooran says the team is targeting the series vs India to restore pride.

West Indies flattered to deceive in this World Cup after a roaring start and their young batsman Nicholas Pooran says the team is targeting the home series against India next month to restore pride.

West Indies, who had thumped Pakistan by seven wickets in their World Cup opener, have now lost seven games in a row. They are left with only one game against Afghanistan and will aim to end their otherwise disappointing campaign on a high.

Pooran, who struck his maiden ODI hundred against Sri Lanka in a losing cause, wants to use his side’s forgettable run as a learning experience. “This hasn’t been a successful tournament for us but as sportsmen you fail more than you win and this has been a learning experience,” he said after his 118-run contribution on Monday.

“We have a young team and a young batting line-up. Hopefully a lot of guys like me, Shimron Hetmyer, Shai Hope and Fabian Allen have learned from this tournament. Hopefully when we play our next series against India we can start heading in the right direction and restore pride in West Indies cricket.”

It’s the third time West Indies come close to a big scalp in recent weeks, after also losing out narrowly to Australia and New Zealand.

Pooran and Allen looked to have put the Windies on top before Allen was run out for which Pooran said he ‘felt a bit responsible’. The batsman was then the victim of Angelo Mathews’ first ball in ODI cricket for 18 months.

“Myself and Fabian were in control. The bowlers didn’t know where to bowl and we were scoring easily. This is cricket, it’s unfortunate. I had to capitalise in that over. I could have hit the ball for four and six and it’s a different game. I’m just disappointed. We are just finding ways to lose our games.”

Pooran has been marked out as a special player from a young age and this was his coming of age on the big stage, despite being on the wrong side of the result.

He acknowledges the comparisons with Brian Lara and admits that he watched a lot of film of the great man but does not intend to fuel the hype.

“I know people say a lot of things about me but if I don’t perform on the field it makes no sense. I just want to get better and better each day. I have had a lot of starts in this tournament but not converted.

“I don’t know what the future holds I’m just thankful that I got the opportunity to play and I could show the selectors that I could play. I don’t want to be like anyone else, I just want to be Nicholas Pooran.” 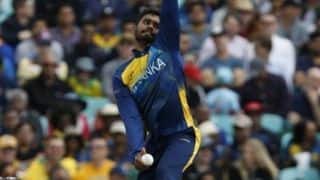 We have done well against India in other ICC tournaments: Dhananjaya de Silva 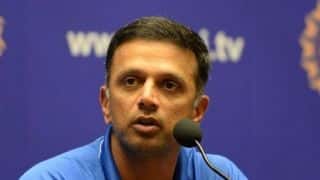