Asanka Gurusinha, who currently resides in Melbourne, will arrive in Sri Lanka over the next few days to begin work.

Sri Lanka Cricket (SLC) has appointed former international cricketer Asanka Gurusinha as the manager for the Sri Lankan team. The announcement came after former manager, Ranjit Fernando was relieved from his position, after he had taken up the role temporarily following SLC’s decision to let go of their previous manager Charith Senanayake. Gurusinha, who currently resides in Melbourne, will arrive in Sri Lanka over the next few days to begin work with the team, ahead of the series against Bangladesh.

SLC released a statement stating Gurusinha’s accolades in the span of his career. A marketer by profession as of today, Gurusinha was honoured with the title of Deshbandu in 1996 for his role in the World Cup victory, and has since been domiciled in Australia for the past many years. “Gurusinha is a Level 3 certified cricket coach with many years of experience, and most recently served as the Consultant Regional Cricket Coach for Cricket Australia,” the release said.

Speaking on the occasion, SLC president Thilanga Sumathipala said it is a welcome news for Gurusinha to be on board with the vision of the organisation. “We are enhancing our resource team with professionals to achieve or national objective,” he said.

Ever since he moved to Australia after the World Cup of 1966, Gurusinha has not held any official role with the Sri Lanka Cricket, but had always cited being open to the idea. 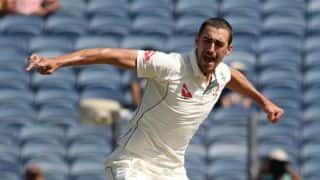