Dominic Sibley has received the backing of England director of cricket Ashley Giles to make his Test debut in New Zealand.

Warwickshire batsman Dominic Sibley has received the backing of England director of cricket Ashley Giles to make his Test debut in New Zealand saying ‘it’s difficult to look past what he has’ done during the summer.

Sibely has dominated the batting charts in the ongoing county season where he has scored 1324 runs at 69.68 alongside five centuries and as many half-centuries.

With Jason Roy failing to impress as opener in the Ashes series, one out of the two opening slots remain vacant. Rory Burns is confirmed to open in Tests and will likely see a new partner in Sibley come the tour of New Zealand in late November.

“He’s not the prettiest on the eye all the time but neither is Rory Burns or Steve Smith,” Giles was quoted a saying by the Daily Mail. “He has some good stuff between his ears. He’s a mature guy and works really hard. It’s difficult to look past what he has: nearly 1,400 is an amazing amount of runs and pleasingly he has faced over 3,000 balls, which is a thousand more than anyone else.”

Roy, who had a wonderful ICC Cricket World Cup campaign, was given Test debut in the one-off Test against Ireland where he scored 5 and 72 in the two innings as England recorded a big win at Lord’s. In the Ashes, which ended 2-2, he managed 110 runs across eight innings before being dropped from the fifth and final Test.

With England selectors meeting on Monday to select the squads for the New Zealand tour, Roy might not make the cut for the Test team. However, Giles says Roy is still very keen on pursuing Test cricket despite a horror start.

“Jason’s very keen to play Test cricket. While the white-ball stuff is great fun and very lucrative, these guys still see it as the biggest challenge,” he said. 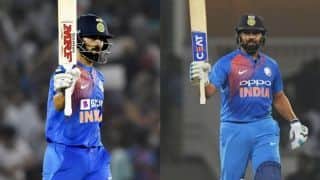