Stuart Broad said England felt like "silent assassins" over their understated Ashes build-up after he made his loudest critics eat their words with a memorable five-wicket haul on Thursday. 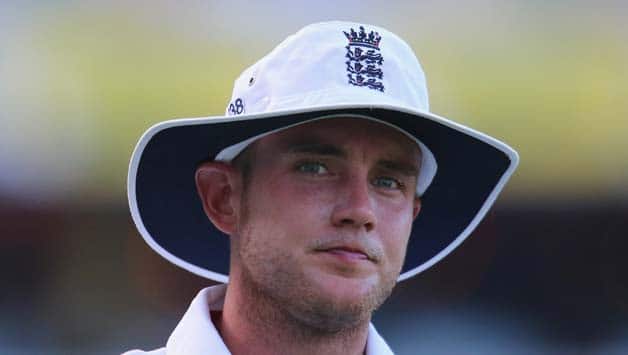 Stuart Broad said England felt like “silent assassins” over their understated Ashes build-up after he made his loudest critics eat their words with a memorable five-wicket haul on Thursday.

The paceman was dubbed a “smug Pommy cheat” by a local newspaper as the series got under way, over his decision not to walk during the last Ashes Tests, and was booed loudly by the Brisbane crowd.

But Broad let his bowling do the talking as he removed all four of Australia’s top order and then broke up a dangerous rearguard partnership for first-day figures of five for 65 off 20 overs.

Afterwards, with Australia at 273 for eight at stumps, the beaming 27-year-old walked into the post-play press conference with a copy of the offending newspaper under his arm.

“I saw this outside [the press conference room] and it made me smile,” he told reporters.

Broad said the tourists had come into the Ashes “under the radar”, with all the attention on the Australian team and their predictions about what was in store for England.

“We’ve never focused on what the other team are doing, we’ve got a lot of experience in that dressing room and we almost felt a bit like silent assassins on this trip,” he said.

“We were just going under the radar, all the attention had been on the Australians. That was perfect for us, it meant we could just get on with our business and get ready.

“Now we’re in for the fight, you’ll see our players stand up. It’s a relief we’ve actually started the series quite well, we’d usually be under the eight ball by now so we’re delighted in that changing room.”

Broad said he took no extra motivation from the boos at the Gabba ground, where Australia are unbeaten in 25 years, calling it all “good banter”.

“Good fun. It was something a bit different but I think I coped with it okay actually,” he said. “It’s all good banter.

“There’s something about Ashes cricket that brings out the best in me. Playing against the Aussies, it means so much to me. I’m delighted with today’s performance but looking to the future and obviously I want a lot more.”

Broad revealed that in medical assessments he was among three players mentioned by the team psychologist who would thrive on getting abuse, along with Kevin Pietersen and Matt Prior.

“So they picked good men to go at and it’s good fun,” Broad said.

“I wouldn’t class it as one of my better five-fors from a bowling point of view, but I would say I would class it as my best from a scenario day and experience.”

Broad said he was particularly delighted to get the wicket of Australian skipper Michael Clarke for the sixth time in eight innings.

Clarke looked uncomfortable against a planned short-pitched delivery and popped a gentle catch to Ian Bell at short leg for one.

“He’s obviously their star man, averages over 50 in Test cricket so we know what a big player he is for them,” said Broad.

“So I think you always have specific plans for their best players so to have two short legs in to get him caught short leg, was awesome.

For the plan to work gives us as a whole team a lift, but as bowler to execute it, when you said you would, is obviously brilliant.”