Former England’s opening batsman Geoffrey Boycott said that English batsmen haven't learnt from their past mistakes. He came down heavily on the batsmen for their disastrous performance during the first innings of the Ashes 2013 Test played at the Gabba, Brisbane against Australia. 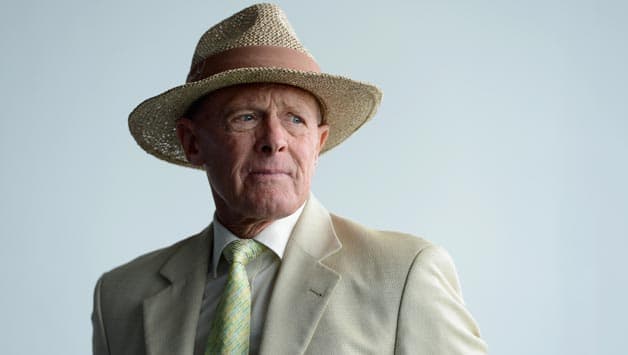 Geoffrey Boycott (above) also said that Ian Bell and Matt Prior were the worst culprits for getting out to off-spinner, Nathan Lyon © Getty Images

Former England’s opening batsman Geoffrey Boycott said that English batsmen haven’t learnt from their past mistakes. He came down heavily on the batsmen for their disastrous performance during the first innings of the Ashes 2013 Test played at the Gabba, Brisbane against Australia.

Boycott wrote in his column on The Telegraph, “England’s batting was dreadful and it was the manner of their downfall which was the most worrying aspect. If I was the head coach of England, and I am glad I am not, what would concern me the most is that we do not learn from our mistakes.”

Boycott was extremely critical of the way England’s experienced batsmen handled Australia’s off-spinner Nathan Lyon. He expressed, “Ian Bell and Matt Prior were the worst culprits for getting out to the non-spinning off-spinner, Nathan Lyon, bowling around the wicket to the right-handers. He has been causing England problems with that tactic since the third Test at Old Trafford in August.”

“England have had three months to work out a way of playing him, the players have backroom staff galore to show them a method and yet we again poked around against him,” he wrote.

Boycott continued, “The pitch was not turning. It just had a bit of bounce because of its hardness. But that is all. The simple way is to go down the pitch, use your feet and drive on the floor to mid-off and mid-on so you hit him very straight. Hit it back from where it came, and do it on the floor. But no, not England. The only time our lot use their feet is to hit over the top.”

Boycott talked about the importance of playing shots on the ground. He opined, “Older players of my generation were taught to hit it on the floor for one. It makes the bowler think ‘are you coming or staying’? But England just stood their ground again wondering how they would score before prodding catches to short leg. It was pathetic.”

He expressed about Alastair Cook’s tentativeness outside the off-stump, “Alastair Cook got a good ball from Ryan Harris but he was tentative outside off stump. Australia block him up by not giving him any balls to cut and pull or anything on his legs which he clips away. They bowl tight and then a little wide of off stump and eventually he edges one.”

Australia has targeted No 3 batsman Jonathan Trott with a barrage of short stuff and exposed chinks in his armour. Speaking about Australia’s plans against Trott, Boycott wrote, “Jonathan Trott will say he was strangled down the leg side. Yes that is true, but at the same time you could see it coming. He was peppered in England in the one-dayers by Johnson and they did it again here.”

“He was getting further and further across his stumps. You could see most of the wickets behind his bottom. It does not look good. Something was going to go wrong.”

“You are not supposed to move until the bowler delivers the ball because you do not know whether you will have to play forward or back. But Trott is making life difficult for himself by moving too early. He has got to work out an answer because they are going to keep bombing him.”

Boycott believed charismatic middle-order batsman Kevin Pietersen too was worked-out by Australia’s think-tank. He wrote, “Australia worked out Kevin Pietersen brilliantly. They know KP likes a fight and loves to score but they also know he doesn’t like to be bogged down. It hurts his ego. They blocked him up and he was desperate to get some runs. The ball before he got out he tried to work from outside off stump onto the leg side and the next time he did it, he hit it OK, but straight at the fielder. He was suckered into it. If we can see it coming sat up in the stands, why can’t he?”

However, Boycott praised opener Michael Carberry, playing his first Test match in Australia for his judgment outside his off-stump. He wrote, “I thought Michael Carberry played well. He got stuck in and let the ball go outside off stump. His judgment on what to leave was good but, more than anything else, he let the ball come to him. He did not go pushing out away from his pad or in front of his body. He played it late so he was playing with his eyes on the line of the ball and playing it under his nose so he had more chance of hitting it in the middle of the bat.

Boycott added, “He did well until Johnson went around the wicket. He would not have seen anyone with that pace bowling around the wicket in county cricket. He suddenly looked very uncomfortable. He had a hook at one but the line was different to what he was used to and he missed because Australia had got him out of his comfort zone. Once you do that you are halfway home and dry. Sure enough, next ball around off stump from wide on the crease he failed to move back and poked it straight to slip. Brilliant cricket.”

Boycott was also critical about how England let the advantage of being in a good position on the first day slip away from their hands. He opined, “Australia out-thought us. We, on the other hand, were not smart enough to tie their batsmen down with the old ball on day one. We had them down and nearly out. We let Brad Haddin pull a lot of balls and allowed Johnson to keep smacking Swann straight back over his head. Swann could not resist being an attacking bowler. It was stupid and a good captain would have told him so.

“Playing cricket on good Test pitches, is like cat and mouse. Sometimes you attack, other times you have to defend. Runs are priceless. If you don’t know when to dry up the runs you will lose. We did not do that.

“Haddin and Johnson were allowed to interchange by taking singles. If it is hard work for batsmen to hold their concentration together when batting, multiply that five times for a tailender who has limited ability, limited concentration. Australia did not make that mistake. When they had England down, the scoreboard stopped moving,” he opined.

Boycott concluded, “England can’t keep playing badly in the first Test match of a series. Sooner or later it is going to hurt them. Sometimes they have got out of jail by drawing the match but I am 95 per cent certain they are not going to this time. Even if they lose, they have to play better in the second innings.”