Live score from Day One of the fifth Ashes 2013-14 Test between Australia and England at the SCG.

The fifth Ashes 2013-14 Test between Australia and England begins on January 3, 2014, at the Sydney Cricket Ground (SCG).

England captain Alastair Cook has won the toss and elected to field first. England have handed debuts to three players for the fifth and final Test of the series. Gary Ballance, Scott Borthwick and Boyd Rankin replace Joe Root, Monty Panesar and Tim Bresnan. Borthwick becomes the first leg-spinner since Ian Salisbury in 2000 against Pakistan to play for England in a Test match.

Michael Clarke‘s Australia have gone in with an unchanged side that has won the first four matches of the series to go 4-0 up. 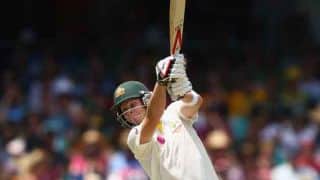 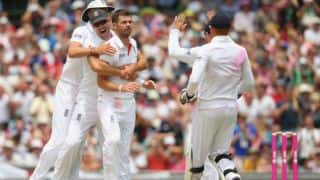