Former Test paceman Merv Hughes says he is dumbfounded by Australia's Ashes build-up and has given his countrymen little hope of beating England in the series starting next month. 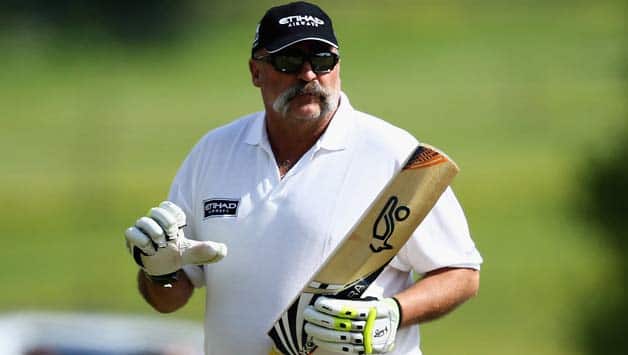 Former Test paceman Merv Hughes says he is dumbfounded by Australia‘s Ashes build-up and has given his countrymen little hope of beating England in the series starting next month.

Hughes, a one-time selector, said he was incredulous that Australia were playing in a one-day series in India while England were in Perth preparing for the Tests.

The 17-man England squad arrived in the early hours of Friday and trained on Saturday ahead of their tour opener against Western Australia starting on Thursday.

The former Test firebrand tipped Australia to lose a historic fourth straight Ashes series and declared that any success against the experienced England outfit was at least two years away.

“I think they are really well placed,” Hughes said on Fairfax Radio on Sunday when asked about England, who won the Ashes 3-0 on home soil in July and August.

“I mean, they could be in India doing seven one-day games preparing for the Ashes like the Australians are — what a great preparation that is.

“I am just dumbfounded with England being in town and preparing for an Ashes that starts in about a month’s time and Australia has got a team playing in India, playing in subcontinent conditions preparing for the Ashes.”

“So who’s going to be better prepared come the first Test match? England appears to be doing everything right at the moment.”

Hughes said he was not optimistic about Australia’s chances in the five-Test series, which starts at Brisbane’s Gabba ground on November 21.

“Our best chance of winning the Ashes is in England in two years’ time,” he said.

“I think we’re going to struggle because England have a well-settled side. They’ve got an experienced side.”

“They’ve got world-class players and, when we’re still trying to find a formula for Australia to win, I think we’re going to have to win all the tosses and play very good cricket.”

Australia, leading 2-1 in the one-day series in India, have had their past two matches abandoned because of rain.

The last fixture in the seven-match series is on November 2, meaning the likes of Test hopefuls George Bailey, Phil Hughes, Adam Voges and Mitchell Johnson will not be available for the first round of the domestic Sheffield Shield competition this week.

It means selectors have only limited chances to see players in action before the Brisbane Test.

England are making the most of their long lead-in to the Ashes, flying out two left-armers — Tymal Mills and Harry Gurney  to mimic the bowling of Johnson and Mitchell Starc.