Australia have a better strategy to defeat England in the Ashes this time round after learning hard lessons from their defeat earlier this year, paceman Peter Siddle said on Monday. 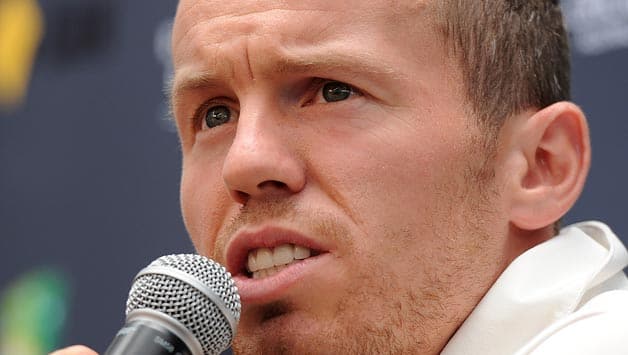 Australia have a better strategy to defeat England in the Ashes this time round after learning hard lessons from their defeat earlier this year, paceman Peter Siddle said on Monday.

Michael Clarke will be looking to reverse his team’s fortunes in the first Test starting at the Gabba on Thursday after their 3-0 defeat on English soil, and Siddle said the pace trio of the recalled Mitchell Johnson, Ryan Harris and himself were “ready to go”.

“Our plans have got a lot stronger,” Siddle told reporters.

“We know what to do differently. We know how to approach it and we’ll attack it hard.”

“We know there’s a few players we need to work on and no doubt we’ll have them covered starting on Thursday.”

Johnson is set for his first Test since Australia’s loss to India in March, while Harris will be hoping to build on his success in the last Ashes series in which he was Australia’s best bowler, taking 24 wickets in four Tests.

“I think his experience is going to be great throughout this series,” Siddle said of Johnson.

“I just think his knowledge of the game, his skill — he’s taken over 200 Test wickets, that’s quite impressive — so to have Mitch back around the unit and obviously Ryan Harris, the way he bowled over in England was outstanding, so I think we have a nice strong attack ready to go.”

Siddle’s career best of six for 54 was against England at the Gabba back in 2010 when he dismissed Alastair Cook, Matt Prior and Stuart Broad with a hat-trick and also claimed the wickets of Kevin Pietersen, Paul Collingwood and Graeme Swann.

“Obviously it’s a highlight of my career but if you look back on it you want to win Test matches and that’s why we play the game,” he said.

“It (the hat-trick) is something once I’ve retired I’ll look back and enjoy a lot more than I have now. I’d have rather won that Test match and won the series than worrying about individual highlights.”

Australia are hoping to reclaim the Ashes in the five-Test series after three successive losses.