Coach Darren Lehmann on Friday said there will be no let-up as Australia continues its aggressive in-your-face cricket against England in the current Ashes Test series.

Coach Darren Lehmann on Friday said there will be no let-up as Australia continues its aggressive in-your-face cricket against England in the current Ashes Test series.

Amid the rancour over a spiteful opening Test in Brisbane which Australia won by 381 runs last weekend, Lehmann said he wants to take Australian cricket back to the golden eras of Dennis Lillee and Jeff Thomson, the Chappells and Steve Waugh.

“We want to play within the rules but we will play aggressive, in-your-face cricket which was a trademark of those eras,” Lehmann said, writing in News Limited newspapers.

“When Australian teams are performing at their best they are playing right on the edge as we were in Brisbane. That is the Aussie way.”

Australia captain Michael Clarke was fined 20 per cent of his match fee by the International Cricket Council after warning England’s James Anderson to expect a broken arm.

The final day of the first Test boiled over with constant “sledging” (insults) and plenty of finger pointing. Lehmann gave no indication that his Australia team would be backing off from their fiercely-fought cricket at the Gabba, where firebrand paceman Mitchell Johnson was man-of-the-match with match figures of nine wickets for 10.

“I like the sight of characters expressing themselves in the game. That’s the sort of cricket the fans want to see. We have asked Mitchell to fill a role and he did that brilliantly with aggression and confidence. We want him to liven them [England] up.

“When he is on song as he was in Brisbane he produces the type of performances that are a rare and precious sight in the modern game. My wish is that the lessons of Johnson’s spell — and the entire bowling effort — echo down through the generations,” he said.

Lehmann said Johnson’s blistering spell at the Gabba reminded him of Australian cricket in the Lillee-Thomson era of the 1970s.

Lehmann said it had been a dramatic week for cricket and he wanted to send his best wishes to Jonathan Trott following his decision to return home with a stress-related illness. “He is a fine player and I’m sure we will see him again at international level.

Lehmann urged the Australian fans in next week’s second Adelaide Test to replicate the crowd force of Brisbane. “The noise in Brisbane when Johnson and Nathan Lyon were spearing through England’s first innings was something to behold,” he said.

“It is a long time since we have felt the sort of vibe that the whole country was behind us. Thank you, Australia. Please keep it up.” 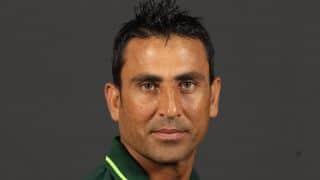 Younis Khan: Pakistan's run-making machine who is prolific in the face of adversity 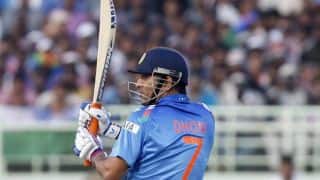