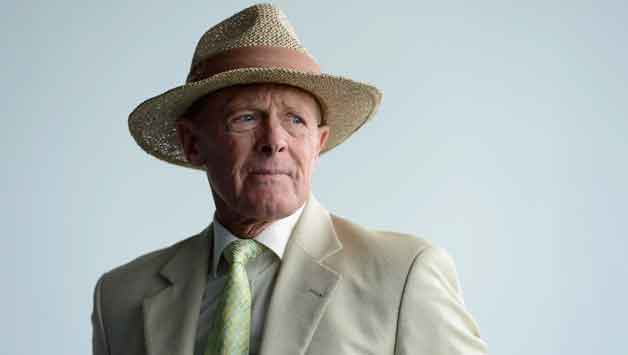 Boycott wrote in his column in the Sydney Morning Herald, “The reason England won is that they are more battle-hardened than Australia. We have plenty of individuals who can stand up and perform under pressure. You need batsmen and bowlers who can be mentally strong and do not freeze at the big moments. England were that team.”

“Australia had their chances and were not good enough to grasp the nettle. They have shown fight, and at times the match swung in their favour. When Ashton Agar came to the crease in the first innings they were 108 behind, and when he got out he had given them a 65-run lead with a breathtaking innings,” Boycott added.

Boycott thinks Australia lack killer instinct and this will affect them in the remainder of the series.

“The Australian seamers then had England rocking at 4-131 with only a 64-run lead. But they could not find their killer instinct. I fear that is what is going to happen throughout this series. The Australians will fight and scrap and have a number of opportunities but I do not see enough quality in the overall individuals to beat England, in England, in a series. There are moments in all Tests when either side can grab the initiative and go on to win. But you have to be good enough to take it. I do not think this team is,” he opined.

Boycott praised England for their gritty attitude and heaped praise on pacer James Anderson, who bowled his side to a narrow win in a thrilling finish.

He wrote, “England had individuals who took their chances. After England failed in their first innings by making only 215 there was an extra burden on the bowlers, and James Anderson delivered his best with five wickets. The second innings was Ian Bell’s most important for England. It set up an England win. Bell’s composure, judgment of length, sureness of footwork and exquisite timing were a joy to behold.”

Talking about the incident involving Stuart Broad, who didn’t walk back despite nicking the ball off Ashton Agar and getting caught by Michael Clarke at the first slip, Boycott referred to the message given by former great Richie Benaud at the first Colin Cowdrey lecture.

He wrote, “There has been a lot of claptrap about Stuart Broad not walking. Throughout the history of cricket there have been moments like the Broad decision, and some defined the attitude between the two teams for the rest of the series. The ‘spirit of cricket’ was Colin Cowdrey’s concept when he was chairman of the ICC. He prided himself on being a walker. And he was — when he got a century and could return to the dressing room to great applause. The test of walking is when you have single figures and you touch it. Can you go when you are a failure? I have seen human nature at work. Most fail the moral test, Cowdrey included.”

He added, “So no more rubbish about walking. The only way is for nobody to walk. Leave it to the umpires. The laws of the game say ‘in the umpire’s opinion’. The only reason most of us turn and go without waiting for the umpire’s decision when we nick it to slip is because it is so obvious it would be embarrassing to stand our ground. Broad was not embarrassed.”

Boycott concluded, “Richie Benaud is regarded as a great cricketer, great captain and iconic commentator. He did the first reading of the Cowdrey Lecture and said: ‘Australians never walk. They are taught not to walk.’ That sums it up.”