England took control of the second Test at Lord’s on Day Two after bowling Australia out for 128, taking a first-innings lead of 233 runs, before Peter Siddle got three wickets in the fag end of the day to push the visitors back.1 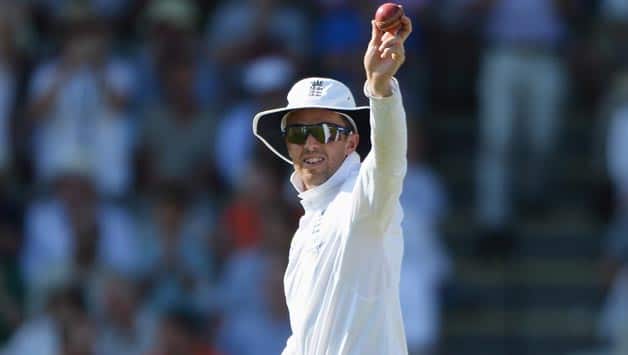 England took control of the second Test at Lord’s on Day Two after bowling Australia out for 128, taking a first-innings lead of 233 runs, before Peter Siddle got three wickets in the fag end of the day to push the visitors back.

After a dramatic day of Test cricket which saw the fall of 16 wickets, England would still go into Day Three as favourites for a win. They have a lead of 264 runs with seven wickets in hand, after taking stumps at 31 for three. But Australia would be buoyed by their comeback in the 20 overs they bowled until stumps, in which Siddle took the all important wickets of Alastair Cook, Jonathan Trott and Kevin Pietersen.

Earlier, off-spinner Graeme Swann took five wickets to help the hosts reduce Australia to a lowly total in the first innings. After restricting Australia to 96 for seven at tea, England wrapped up the innings in the evening session. Australia had taken lunch at 42 for one, but could score just 54 runs in the afternoon session, losing six wickets in the process.

The controversial Decision Review System (DRS) was back to haunt Australia, who lost both their innings reviews within the space of three wickets. Skipper Michael Clarke, speaking after the nail-biting 14-run loss to England in the first Test at Trent Bridge, had said that his team needs to make more judicious use of the DRS system. Unfortunately for the Australians, they didn’t seem to learn from their mistakes as Shane Watson and Phil Hughes wasted the two available unsuccessful reviews.

Post lunch, Rogers, possibly affected by Watson’s unsuccessful attempt, decided against reviewing an LBW decision that was shockingly given against him. The ball from Swann was flighted and tossed right up — a juicy full toss that was begging to be hit. Rogers swung the bat, looking to dispatch it over mid-wicket, but missed. The ball hit him high on the front thigh in line with the leg-stump and the umpire raised the finger. However, the ball’s trajectory seemed to be heading down leg; Rogers wasn’t sure, and neither was his partner Usman Khawaja. Eventually, the batsman decided not to review it and walked off, before the replays confirmed that the ball would have missed leg-stump.

Australia’s technological woes weren’t to end there, and possibly got shabbier, as Bresnan sneaked one past Phil Hughes’s bat and England went up in appeal. Umpire Kumar Dharmasena thought he heard something and pointed the finger. Hughes was however convinced he didn’t hit it and instinctively went for his team’s last remaining review. After several replays using Hot Spot, the third umpire concurred that Hughes had hit it, although there was no visible white spot visible on the Hot Spot monitor of bat hitting ball. It was a sucker punch for the Australians, one which they never recovered from.

In the morning session, Ryan Harris picked up five wickets as well, helping Australia bowl England out for 361. Harris, who had figures of three for 28 overnight, added a fourth on the first ball of the morning as he got a full-length delivery to cut away from Tim Bresnan and take his edge, that carried to the wicketkeeper. Four overs later, nightwatchman James Anderson was to meet the same fate as he provided Harris his fifth wicket, thus getting the latter’s name on the Lord’s honours board.