Ashes 2013: James Faulkner feels he was picked for his aggressive temperament

Ashes 2013: James Faulkner feels he was picked for his aggressive temperament

Australian fast bowler James Faulkner has said that he was picked in the Ashes squad not only because of his good all-round record at First-Class level but also because of his aggressive temperament. 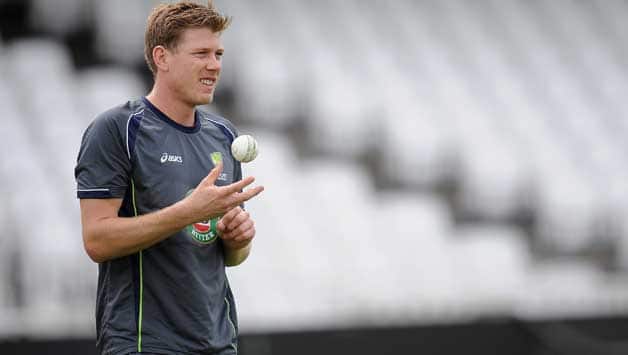 Australian fast bowler James Faulkner has said that he was picked in the Ashes squad not only because of his good all-round record at First-Class level but also because of his aggressive temperament.

The inclusion of the young Faulkner as one of four quicks alongside spinner Nathan Lyon for the Australians’ first game of the tour, against Somerset suggests that the selectors may have decided to pick all five bowlers for the five-Test series to get over a suggested lack of talent.

According to the report, the approach is an understandable effort in keeping with the aggressive ethos of the new coach Darren Lehmann given the recent mediocrity of the batting.

Stating that his ability to play with a competitive nature gives him the edge to perform well, the left-arm pacer said that although he will continue to play with aggressiveness, he would make sure that he does not cross the line.

“I suppose you can say it is easy to puff your chest out on the ground,” Faulkner said as reported by Sydney Morning Herald. “I’d say the good players can do both. They can puff their chest out and play good cricket. There’s no point puffing your chest out and not playing good cricket, because you’re going to be looked at as a bit of a dill.

“But you’ve got to play with that competitive nature, and that’s what gives me that edge to want to do well, to get batsmen out or to score runs. I’ll continue to play that way but make sure I don’t cross the line.”

Faulkner, who impressed the selectors with 89 and 46 in the Sheffield Shield final and stood out with 54 not out and 2/48 against England in his team’s grim ICC Champions Trophy 2013 campaign, further said that he feels responsible in any game that he plays.

“I feel a bit of responsibility, I suppose, when I’m home, and in any game I play in as an all-rounder, you know you’re going to be in the game and you know there’s going to be moments when you have to step up.”

The bowling all-rounder could fill the No 7 position at Trent Bridge with Brad Haddin moving up to six, the report added.

(With more inputs from ANI)