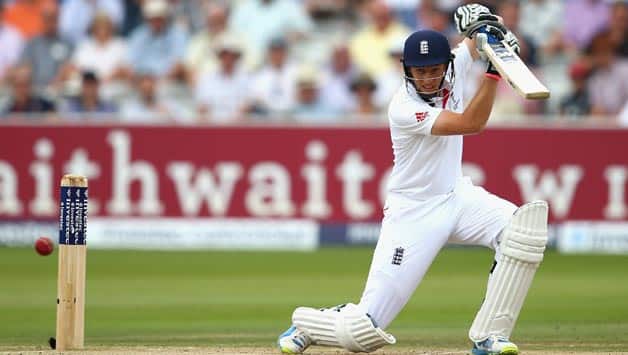 England’s overnight batsmen on Day Two, Joe Root and Tim Bresnan, reached the lunch break on Day Three unscathed as the hosts reached 114 for three at the interval. England’s lead over Australia now stands at 347 runs.

Root brought up his third Test fifty in the morning as he countered Australia’s pace-bowling attack, who were gunning for an early breakthrough. Australia started the day with James Pattinson and Peter Siddle, who bowled an aggressive and consistent line to the two batsmen. Bresnan, the night-watchman, did well to stick around with Root throughout the session, something which not many would have expected.

Michael Clarke tried all five of his frontline bowlers, but to no avail. England are now firmly in control of this game, after it seemed that Australia could claw their way back after Peter Siddle‘s triple breakhrough late Friday.