England take on Australia in the second Test of The Ashes 2013 at Lord's cricket ground on Thursday. England skipper Alastair Cook won the toss and elected to bat first. 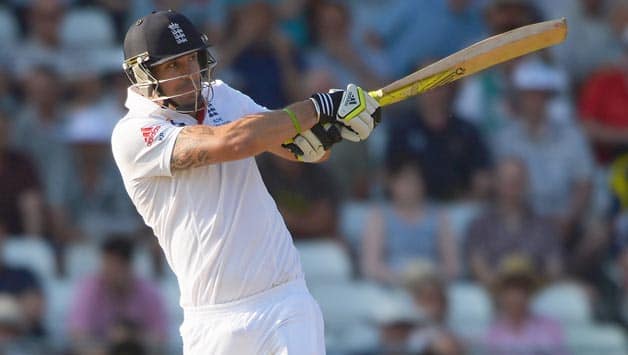 England take on Australia in the second Test of The Ashes 2013 at Lord’s cricket ground on Thursday. England skipper Alastair Cook won the toss and elected to bat first. Australia are coming into the match on the back of a narrow 14-run loss to the hosts in the first Test at Trent Bridge.

Australia have made two changes to their side from the first Test. Ed Cowan makes way for Usman Khawaja while Ryan Harris comes in for Mitchell Starc. For England, there’s just the one change — Tim Bresnan comes in for Steven Finn.

Controversy, it seems, just cannot part ways with the Australian cricket team. After a troubled Indian spring, Australia‘s very own ‘C’ word trailed the team like a shadow, all the way into a Birmingham watering hole along with David Warner and then to Bristol where former coach Mickey Arthur was given the sack 16 days prior to the start of the first of 10 back-to-back Test matches of The Ashes.

The team, credit to them, kept it in lock throughout the first match at Trent Bridge, which they lost by the narrowest of margins. But no sooner had they finished preparations for what should be as exciting a Test match at Lord’s on Thursday, controversy was to come crashing out of the door and ram into them in the form of leaked documents from the legal file of Arthur, who is suing Cricket Australia for wrongful termination of contract.

That skipper Michael Clarke and former vice-captain Shane Watson don’t see eye to eye, as was revealed from the documents, was no shocker. However, at a time when the Australian team is trying its best to project a united front to the world, the timing couldn’t be worse. A possible split in the team that has revealed itself hours before what could be the most important Test match of the series, with a win getting them back into contention and a loss all but conceding defeat, is far from what Australia would have hoped for as they reached London.

Perhaps, the excitement and the grandeur of playing at the home of cricket is the best possible antidote they could hope for as they get set to lock horns with England in the second Test at Lord’s.