Australia captain Michael Clarke insisted his focus was on the future after calling upon players from before the controversial Mickey Arthur era to help the present side thrive. 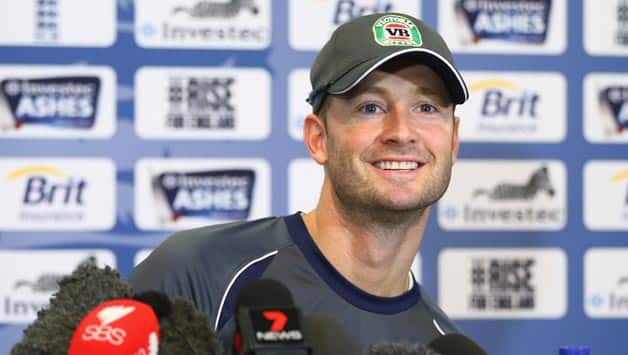 Australia captain Michael Clarke insisted his focus was on the future after calling upon players from before the controversial Mickey Arthur era to help the present side thrive.

That left Australia, bidding to avoid a third straight series loss to their arch-rivals, 1-0 down in the five-match campaign and with much to do if they were to regain the urn.

But Arthur’s controversial exit was thrust into the public arena once more when the South African, Australia’s first overseas coach, confirmed he was suing Cricket Australia for racial discrimination.

Clarke allegedly described the role of Watson and his faction as a “cancer” with Arthur, who was sacked just 16 days before the start of the Ashes and replaced by former Test batsman Darren Lehmann, calling himself the “meat in the sandwich” between the conflicting camps.

Arthur also reportedly claimed it was Watson who informed him of a nightclub incident in Birmingham, when David Warner punched England’s Joe Root during the Champions Trophy last month, something Watson has previously denied.

Watson was one of four players banned from the Mohali Test in March, during a 4-0 series loss in India, over their failure to submit written feedback requested by Arthur in the so-called ‘homework’ incident.

But that very recent history was of no concern to Clarke on Wednesday, the eve of the second Test which starts at Lord’s on Thursday.

“It’s important for me to keep my eyes on the field. We as a team know we have a really important job to do in this Test match and for the rest of this series. So none of this will be a distraction to me personally and it certainly won’t be to the team.”

However, Clarke believes there are lessons for his side from an older if still vivid period of Australian cricket history that spanned from the mid 1990s to the early 200s when the men in baggy green caps were undoubtedly the best team in world cricket.

Former captain Steve Waugh as well as bowling greats Glenn McGrath and Shane Warne, both of whom Clarke played alongside in the early stages of his international career, are all being brought in to pep up the current side.

“We had Glenn McGrath around the group over the last couple of days, who spoke of his experiences…Steve Waugh was around the changing room yesterday as well and I think Shane Warne’s going to come in,” said Clarke.

“Something I am proud of, and I know Darren Lehmann is keen to do it, is bringing past players in around the group.

“I think there has been a stage in the Australian cricket team when we have almost forgotten why we do sit where we sit and play this great game, travel the world and fly business-class and stay at fantastic hotels.

“It’s certainly not because of what this team has done, it is because of the people who have come before us.

“The players have enjoyed it. I know a lot of the guys really enjoyed talking to Glenn McGrath over a couple of beers the other night.”

Ashes 2013: Alastair Cook stresses on importance of having united team