Australian great Ian Chappell has termed captain Michael Clarke's decision to not bat at No 3 is crazy and said he does not understand why he is not moving up in the batting order. 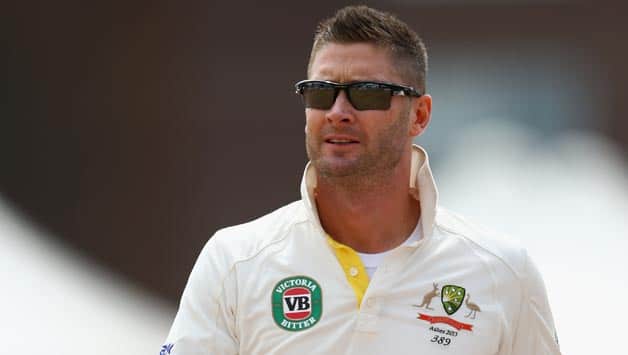 Australian great Ian Chappell has termed captain Michael Clarke‘s decision to not bat at No 3 is crazy and said he does not understand why he is not moving up in the batting order.

“Michael Clarke, to me, should be batting at three but he won’t, which I think is crazy. I don’t understand why Michael Clarke doesn’t go there,” Chappell was quoted as saying in the Sydney Morning Herald.

Chappell also said that Clarke is not a typical No 3 batsman but is the best batsman to bat at that position in the current Australian team and David Warner should open the batting with Shane Watson.

“Long term you’ve got to have a decent number three but when you haven’t got one who’s a prototype, then your best player’s got to play there and that’s Clarke. They also need Warner in the side but they don’t need him batting at six. His talents will be diluted if he bats down the order. He should be opening with Shane Watson but I fear he won’t be,” he added.

With Australia down 0-2 in the five-match series, the former Test captain has asked the side to at least put some fight in the third Test starting Thursday at Manchester.

“If they’re going to go down, they go down fighting and the opposition should know they’ve been in a bloody fight and had to play their absolute to beat you. The public were devastated by what happened at Lord’s because of the way they crumbled and went down easily,” Chappell said.