Ashes 2015, 4th Test at Trent Bridge: Twitter reacts to Australia's disastrous 60 all out

Ashes 2015, 4th Test at Trent Bridge: Twitter reacts to Australia's disastrous 60 all out

Stuart Broad tore crushed the Urn-owners Australia in 18.3 overs as he claimed his 300th Test wicket in the very first over in the form of Chris Rogers very first duck and seven more wickets followed in his name as the visitors got bundled out for 60 as Broad s figures read 9.3-5-15-8 after a three from Josh Hazlewood finally took them past the 50-mark. Barring extras, Michael Clarke and Mitchell Johnson were the only men to reach double figures. The first innings of the away team where the extra innings (14) have been more than the highest score from a batsman (Johnson s 13), earned them a lot of trolls on social media. Live Blog: England vs Australia, The Ashes 2015, 4th Test Day 1

Here are few interesting tweets about Australia s 60 all out:

Just switched on the TV 2 watch the Ashes test& was shocked 2 c the score.I am sure Aus will put up a fight.Game still not over. #Ashes2015

At least Glenn McGrath is better at shooting elephants than at making #Ashes2015 predictions..5-0, wasn’t it?

“When the crowd starts the Johnson song, he should say ‘what about one for our batsmen?'” – @ajarrodkimber #Ashes2015

The last time England dismissed Australia for 60 was at Lords in 1888. Australia won that #Ashes Test by 61 runs #Ashes2015 #justsaying

Looking forward to seeing South Africa play in India to see if the art of winning away is alive or extinguished. #OhDearAustralia

My dad approached our cricket knock-ups with the same attitude as #Ashes2015 players, “Howay, let’s hurry up & get this over with, eh…”

This could be a great game,atleast I am hoping it would be.#Ashes2015 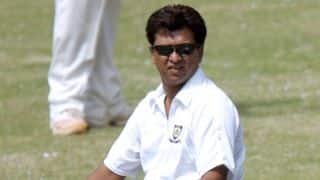