The first such occasion occurred 18 years ago in 1997 when Pakistan hosted South Africa at Rawalpindi.

Though the proposed India vs Pakistan series might not come to fruition at the end of the year, the fourth Ashes 2015 Test between England and Australia at Trent Bridge saw an Indian and a Pakistani take field together. The men involved were on-field umpires S Ravi and Aleem Dar. Ravi has recently become a Test umpire, and has impressed in the chances he has got so far. On the other hand, Dar is an experienced hand and widely regarded as one of the best umpires at present. The duo became the fifth India-Pakistan pair to umpire a Test, and the first to do so in an Ashes match. READ: Ben Stokes proves his bowling credentials with top-class five-wicket haul

Below is a table showing each of the five occasions in which an Indian and a Pakistani umpire have officiated in a Test:

The first such occasion occurred 18 years ago in 1997 when Pakistan hosted South Africa at Rawalpindi. Back then, it was former Indian captain-turned umpire Srinivas Venkataraghavan and Javed Akhtar who became pioneers of India-Pakistan Test officiating. Pakistan umpires Asad Rauf and Dar appear in the list twice each, though none of the Indian umpires make more than one appearance. The most recent incident before Dar and Ravi came together was at Kingsmead in 2009 when South Africa hosted England. READ: Ben Stokes’ 5-wicket haul resricts Australia to 241/7 at stumps on Day 2 of the Ashes 2015 Test at Trent Bridge 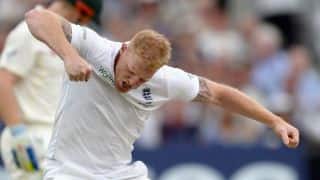 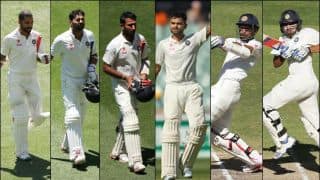 POLL: Who do you think will be India's best batsman in Sri Lanka?