The England skipper showed faith in the all-rounder, who shone during the recent series against New Zealand.

England captain Alastair Cook believes all-rounder Ben Stokes could have as big an impact upon the Ashes as Andrew Flintoff did a decade ago.

Flintoff was the star of England’s 2005 Ashes series victory with 402 runs and 24 wickets as they beat Australia in a Test campaign for the first time since 1986-87. PREVIEW: Ashes 2015 England vs Australia, 1st Test at Cardiff

Stokes, like Flintoff a hard-hitting batsman and lively seamer, impressed during England’s first Test win against New Zealand at Lord’s this season with dashing innings of 92 and 101, as well as taking two wickets in two balls on the last day.

Asked who might emerge as an Ashes hero this year on the eve of the first Test in Cardiff starting on Wednesday, Cook told a news conference: “I’m going to pick another all-rounder — Ben Stokes.

“He’s been in fantastic form this summer.

“I believe he’s coming into his own. He feels comfortable, and I think he’s going to have a fantastic summer,” the opening batsman added.

His century at Lord’s showed Stokes making good on the promise he demonstrated with a hundred in just his second Test, against Australia in Perth — a rare England highlight in the midst of their humiliating 5-0 Ashes defeat in 2013-14.

Stokes, 24, had plenty of ups and downs between those two centuries, including being left out of England’s World Cup squad — as indeed was Cook.

“I think over the last six months he’s really matured as a cricketer,” Cook said of Stokes. ALSO READ: Mitchell Starc promises no respite for England in Ashes 2015

“Being left out of the World Cup squad hurt him.

“We all know he’s got the talent to be there, but he would say himself he wasn’t quite performing as he should have done to earn selection.

“I like the way he’s gone about his business this summer. He trains incredibly hard, and physically he’s in really good shape.”

Cook added: “I think he understands international cricket a little bit better than he did when he first started.

“I think that’s a natural thing, getting used to the environment. He loves the competitive side of it.”

“I just like the way he goes about it … Jos Buttler, Joe Root (as well) … the guys who will take this side forward in the next 10 years or so.”

But another of England’s young guns, Gary Ballance, is in the middle of a slump although the Yorkshire batsman still averages more than 52 in Tests.

Since scoring a century and two fifties against the West Indies in April, Ballance has managed just 138 runs in nine innings in all cricket.

“It hasn’t quite clicked for Gary this summer. But his record is fantastic — he is a really good player,” said fellow left-hander Cook.

“He’s got that fighting attitude to get him through.”

Ballance’s technique, which sees him move deep into the crease before the ball is bowled, has been repeatedly analysed by television pundits but Cook said the Yorkshire batsman had no need to engage in major changes. ALSO READ: Plenty at stake for Alastair Cook and Michael Clarke’s boys in Ashes 2015

“He’s got to stick to his method, because that’s what’s got him here to average 50-odd in Test cricket — a thousand runs in his first year,” Cook said.

“All the good stuff, people can forget about very quickly.

“He is a really good player, and we back him to the hilt.” 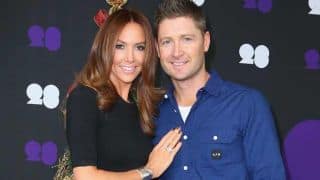 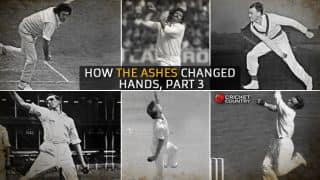 A history of Ashes: How the urn changed hands, Part 3 of 4, pace like fire