Chris Rogers will retire at the end of Ashes 2015.

Derby: Australia opener Chris Rogers was back with the tourists’ Test squad on Friday and will undergo further medical assessment to determine his fitness to play in next week’s third Ashes Test against England at Edgbaston. The 37-year-old left-hander succumbed to a sudden bout of dizziness during the second Ashes Test at Lord’s on Sunday. There were concerns that Rogers was a victim of delayed concussion, having been struck on the helmet by a bouncer from England paceman James Anderson on Friday’s second day. READ: Ashes 2015: Australia hopeful of Chris Rogers playing 3rd Test at Edgbaston

But a London-based specialist said on Wednesday that Rogers was suffering a balance problem in the inner ear. Australia team doctor Peter Brukner, in a Cricket Australia statement issued Saturday, said: “Chris continues to improve and has re-joined the team in Nottingham last night.  “He will continue to increase his level of activity over the next couple of days and will be closely monitored by team medical staff.”

After two overs’ play on Sunday, Rogers crouched down by the side of the pitch and then sat motionless before eventually going off on 49 not out. The left-hander played no further part in Australia’s crushing 405-run win, which levelled the series at 1-1, having helped establish their strong position at Lord’s with a Test-best 173 in the first innings. READ: Ashes 2015: Chris Rogers thought Lord’s grandstand was moving, says David Warner

Rogers was not scheduled to play in the ongoing three-day tour match against county side Derbyshire at Derby, near Nottingham, which concludes on Saturday in any event. Australia do have a back-up opener in their squad in Shaun Marsh while all-rounder Shane Watson, dropped from the side at Lord’s following Australia’s 169-run defeat in the first Test of the five-match Ashes in Cardiff, has had spells as an opener during his Test career.

Rogers, who plans to retire after the Ashes, missed Australia’s recent 2-0 series win in the Caribbean with concussion after being hit on the head while batting in the nets. READ: Ashes 2015: Cricket Australia to recommend clip-on helmet after Chris Rogers incident 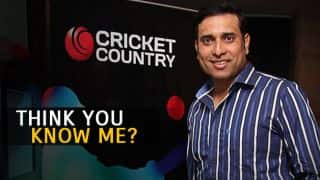 Quiz: How well do you know VVS Laxman? 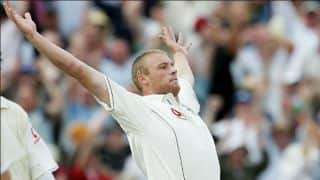