Initial scans have cleared Chris Rogers of any serious damage.

London: Australia will seek further specialist medical advice regarding the condition of Chris Rogers but do not believe the veteran opener has suffered “serious damage” after succumbing to a sudden bout of dizziness on the fourth day of the second Ashes Test at Lord’s on Sunday. Team doctor Peter Brukner indicated yesterday it was possible that Rogers could take part in the third Test at Edgbaston starting on July 29. After two overs’ play on Sunday, Rogers crouched down by the side of the pitch and then sat motionless before eventually going off on 49 not out. ALSO READ: Chris Rogers ruled out of tour game against Derbyshire; Could play 3rd Test

The 37-year-old left-hander played no further part in Australia’s crushing 405-run win against England which levelled the series at 1-1, having helped establish their strong position in the match with a Test-best 173 in the first innings. READ: Chris Rogers, is it really your time to retire?

However, he was seen talking to team-mates on Australia’s dressing room balcony later Sunday. Brukner said Rogers’s dizzy spell may well have come about as a result of a delayed reaction to being struck on the helmet by England paceman James Anderson while batting on Friday’s second day at Lord’s.

“Chris’s condition is certainly improving. He has had scans and seen a specialist since yesterday (Sunday) to help determine the cause of his dizziness,” said Brukner in a Cricket Australia statement.

“The initial scans have cleared him of any serious damage and we await the results of further tests. “It appears the most likely diagnosis is a delayed ear problem related to being struck on day two of the Test match.

We are confident that this is something we can manage in the lead up to the third Test at Edgbaston. “As a precaution he’ll be reviewed by the specialist in London again today morning before re-joining the touring party.” Brukner added that Rogers was scheduled to miss the three-day tour match against Derbyshire starting tomorrow in any event.

“Chris was not scheduled to play in the tour match against Derbyshire, so he has time to continue resting ahead of the Test match,” Brukner said. Rogers, who has said he plans to retire after the end of the five-match Ashes series, missed Australia’s recent 2-0 series win in the Caribbean with concussion after being hit on the head while batting in the nets. 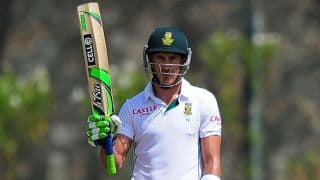 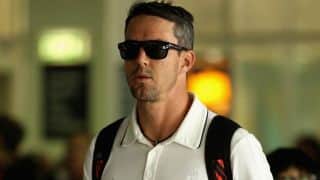