London: Ex-England captain Kevin Pietersen called the Australian batting order fragile, adding that the absence of English pacer James Anderson will give the visitors an edge over the hosts in the fourth Test. Darren Lehmann praises Mitchell Johnson for good crowd focus

England are 2-1 up with two Tests remaining in the series. The hosts will look to regain the Ashes in the Nottingham Test, starting on Thursday.

“The one good thing for Australia is the absence of James Anderson. They need it, for this Australian batting order is as fragile as any I have ever seen. Too many top players are out of form. Michael Clarke needs runs. He has to make a score or else who knows what will happen to him,” Pietersen was quoted as saying by The Telegraph on Monday. Peter Nevill brushes off Australia dressing-room disharmony rumours

“Chris Rogers has experience playing domestic cricket over here so he understands how to bat in these conditions. But the rest do not have that experience. David Warner has made a couple of scores in the second innings but you have to make big runs in the first innings to put pressure on England to win games.”

Pietersen heaped praise on Steven Finn for coming good in the third Test in the absence of Anderson. Australian media puts Michael Clarke’s career at stake

“The return of Steven Finn is encouraging, especially in the absence of Anderson. I was delighted for Finny. I remember in Hobart, when he was struggling at the start of the last tour, that I was going for a net by myself and asked if he wanted to come and have a bowl at me,” he said.

“I thought we could have helped each other out. But he said no. He told me he was not allowed to bowl and could only go to the nets and visualise bowling rather than actually doing it.” Nottinghamshire desperate to produce better pitch 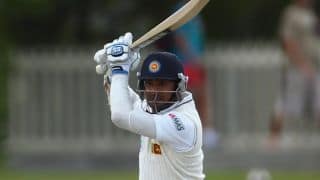