Nevill performed brilliantly on his debut in the series-levelling Lord's Test victory.

Johannesburg: Peter Nevill, who was retained as Australia‘s wicketkeeper ahead of first-choice Brad Haddin for the third Ashes Test, has brushed aside rumours of disharmony and discontent in the camp. Australian media puts Michael Clarke’s career at stake

Nevill performed brilliantly on his debut in the series-levelling Lord’s Test victory after Haddin asked to be stood down to be with his sick daughter Mia.

However, several former Australian players, notably Matthew Hayden, slammed the ‘outrageous’ decision to sideline the veteran wicketkeeper. In addition, players were reportedly unhappy with the decision.

Describing his selection struggle with Haddin as a ‘complex situation’, Nevill said that his focus is completely on the task he has been entrusted with. England selector defends struggling opener Adam Lyth

Dismissing any rift within the camp, Nevill said that atmosphere has been great and insisted that everyone enjoys each other’s company, Sport24 reported.

Nevill, who scored a crucial 59 at Edgbaston to give Australia a slender lead in the eight-wicket defeat to England, maintained that although the loss was hurtful, the focus was on bouncing back and winning the next Test at Trent Bridge. Shane Warne insists Michael Clarke should bat at no. 5 to keep series alive 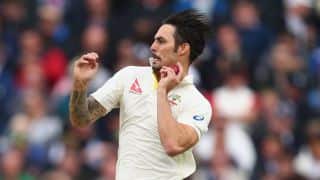