The 30-year-old pacer got the thoughts after being ignored for the second and third Tests in the Ashes 2015.

Peter Siddle has admitted to fears of his Test career coming to an end after he was ignored for selection for the third and fourth Tests of the ongoing Ashes 2015 at Edgbaston and Trent Bridge respectively. The Australian pacer however is more hopeful than ever for a place in the Australian side after making a roaring comeback in the fifth and final Test at the Oval, playing his part in the dismantling of the England side as the latter faced a bleak end to what has been a glorious campaign so far. READ: Australia four wickets away from victory at stumps on Day 3 of 5th Test

“You always think that a little bit. A couple of wickets that we’d played on where I thought I might’ve got my opportunity and had missed out. You just never know,” the 30-year-old was quoted as speaking to ESPNCricinfo on the thoughts of not playing a Test again.

Team selector Rod Marsh and coach Darren Lehmann had previously conveyed their thoughts to Siddle on keeping him out of the attack for the second and third Tests as they opted for the tried and tested combination of Mitchell Starc, Mitchell Johnson and Josh Hazlewood. Siddle however, would make the fullest use of the opportunity granted to him after Hazlewood was ruled out of the final Test, bowling economical spells of 13-5-32-2 and 16-10-14-1 respectively. READ: England prove why they cannot be called deserving winners

“I think it’s just the boys that had been playing had performed well. The lads finished off the summer well, went to the West Indies and performed well and they got their opportunity.

“That’s how it works I guess. I just had to make sure I was ready when my opportunity came. I was disappointed it did take so long, but I was ready at any stage. It’s no different now. There’s never any Test match that you never want to have a crack in,” Siddle was quoted as saying further in the report. 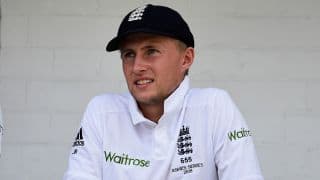