Steven Smith and Alastair Cook believe the traditional system of day match should be followed as that has garnered more viewership.

Cricket Australia (CA) Chief James Sutherland is vouching to play Ashes 2017-18 under lights despite skepticism shown by Australia and England captains, Steven Smith and Alastair Cook respectively. Sutherland is aiming for atleast two day-night Ashes Tests and has also asked players to be open about the concept. Prior to Ashes, Australia have got nod from South Africa for day-night Test while they would also be hosting Pakistan for the same. Sutherland said earlier this year playing a pink ball Ashes Test was a “natural progression”, a view he reaffirmed on Thursday. To make this virtually happen, England will need to agree for the day-night matches as mostly they prefer playing Tests matches at night. ALSO READ: Cricket Australia announces ‘Twilight ticket’ prices for day-night Test at Brisbane

While speaking to cricket.com.au, Sutherland said, “We’ll play somewhere between zero and two day-night Test matches in the Ashes. It’s a matter of getting through this summer and talking to all relevant stakeholders.” England are set to host day-night Test next year against West Indies and also a pink ball Test for their tour of New Zealand. Smith, on the other hand, felt Ashes was known to be played in traditional day format that was supported by Cook. But Sutherland feels there is scope for growth. Sutherland further added, “I respect the views of Steve and Alastair in saying that. The Ashes is a great contest and will no doubt attract a huge audience at the ground and on television but the facts of the matter are by playing a day-night Test match you’ll get bigger audience at the game and on television.” ALSO READ: SA agree for Adelaide day-night Test: Reports

All these years, Ashes was played during day-light in UK and now if the shift happens the final session will coincide with breakfast. “It time shifts games into a more appealing time of day in the UK – that’s another factor we need to consider. From that perspective I think we all need to stay very open-minded to this, continue to progress and build people’s confidence in it. Certainly the experience of Adelaide last year is anything to go by – 124,000 people over the course of three days – the fans are voting with their feet on that front,” Sutherland said. 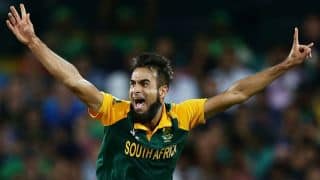 Aamer Yamin: "I have the goal of becoming Pakistan’s best all-rounder in future"